Yucca Uses – Can You Grow Yucca Plant As Food 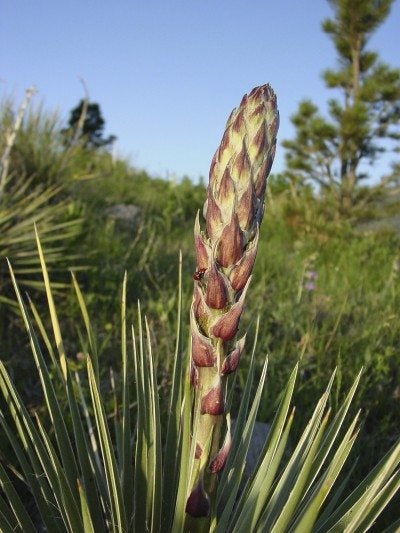 The difference between yuca and yucca is broader than a simple “C” lacking in the spelling. Yuca, or cassava, is a historically important global food source utilized for its carbohydrate rich (30% starch) nutrients, while its similarly named counterpart, yucca, is at least in modern times an ornamental plant. So, is yucca edible as well?

While yucca and yuca are not botanically related and are native to different climates, they do have the similarity of being used as a food source. The two get confused due to that missing “C,” but yuca is the plant you may have tried in trendy Latin bistros. Yuca is the plant from which tapioca flour and pearls are derived.

Yucca, on the other hand, is most notable for its more common use as an ornamental plant specimen. It is an evergreen plant with stiff, spine tipped leaves that grow around a thick, central stalk. It is commonly seen in tropical or arid landscapes.

That said, at one point in history, yucca was used as a food source, although not so much for its root, but more for its blossoms and the resultant sweet fruit which is high in carbohydrates.

Although growing yucca for food is less common than yuca, yucca has many other uses. More common yucca uses stem from the employment of the tough leaves as fiber sources for weaving, while the central stalk and sometimes the roots can be made into a strong soap. Archeological sites have yielded traps, snares, and baskets made from yucca components.

Almost all of the yucca plant can be used as food. The stems, leaf bases, flowers, emerging stalks as well as the fruit of most types of yuccas are edible. The stems or trunks of yucca store carbohydrates in chemicals called saponins, which are toxic, not to mention taste of soap. To render them edible, the saponins need to be broken down by baking or boiling.

Flower stalks need to be removed from the plant well before they bloom, or they become fibrous and tasteless. They can be cooked, or when very newly emerged, eaten raw while still tender and resembling large asparagus stalks. The flowers themselves must apparently be picked at just exactly the right time for optimal flavor.

The fruit is the most desired part of the plant when utilizing the yucca plant as a food source. Edible yucca fruit only comes from the thick-leaf varieties of yucca. It is about 4 inches (10 cm.) long and is usually roasted or baked engendering a sweet molasses or fig-like flavor.

The fruit can also be dried and used thus or pounded into a type of sweet meal. The meal can be made into a sweet cake and kept for some time. Baked or dried, the fruit will keep for several months. Yucca fruit can be harvested before it is totally ripe and then allowed to ripen.

Besides growing yucca fruit for food, it was used historically as a laxative. Native peoples used the sap to treat skin issues or an infusion of the roots to treat lice infestations.