Phlox Vs. Thrift Plants: Why Is Phlox Called Thrift And What Is Thrift 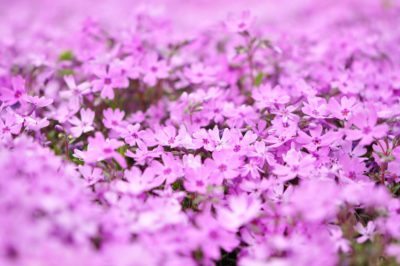 Plant names can be the source of a lot of confusion. It’s not at all uncommon for two completely different plants to go by the same common name, which can lead to some real problems when you’re trying to research care and growing conditions. One such naming debacle is the one involving thrift. What is thrift, exactly? Just why is phlox called thrift, but only sometimes? Keep reading to learn more about the difference between thrift and phlox plants.

Is thrift a kind of phlox? Yes and no. Unfortunately, there are two completely different plants that go by the name “thrift.” You guessed it, one of them is a kind of phlox. Phlox subulata, known as creeping phlox or moss phlox, is also frequently called “thrift.” This plant is a true member of the phlox family.

Especially popular in the southeastern U.S., it is actually hardy in USDA zones 2 through 9. It is a low growing, creeping perennial that is frequently used for groundcover. It produces lots of small, brightly colored flowers in shades of pink, red, white, purple, and red. It does best in rich, moist, slightly alkaline soils, and can tolerate shade.

So, what is thrift then? The other plant that goes by the name “thrift” is Armeria, and it’s actually a genus of plants that are in no way related to phlox. Some popular species include Armeria juniperifolia (juniper-leaved thrift) and Armeria maritima (sea thrift). Rather than the low growing, creeping habit of their namesake, these plants grow in compact, grassy mounds. They prefer drier, well-drained soil and full sun. They have high salt tolerance and do well in coastal regions.

Why is Phlox Called Thrift?

It’s hard to tell sometimes how two very different plants can wind up with the same name. Language is a funny thing, particularly when regional plants that were named hundreds of years ago finally meet each other on the internet, where so much information is so easily mixed.

If you’re thinking of growing something called thrift, take a look at its growing habit (or better yet, its scientific Latin name) to deduce which thrift it is you’re actually dealing with.

Printer Friendly Version
Read more about Creeping Phlox
<PreviousNext>
Did you find this helpful? Share it with your friends!
FacebookTweetPinEmail
Related Articles
Newest Articles
You might also like…
Additional Help & Information