What Is Blue Holly – Tips On Growing Meserve Blue Hollies 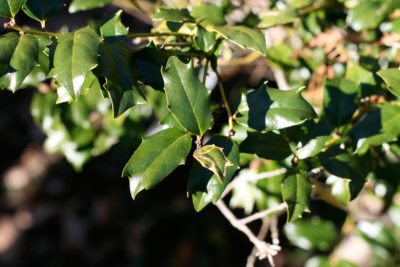 If you like holly trees or shrubs, you might like blue holly. What is blue holly? Blue holly, also known as Meserve holly, is a hardy hybrid holly with shiny, blue-green evergreen leaves. For more Meserve holly information and tips on growing Meserve blue hollies, read on.

What is Blue Holly?

So exactly what is blue holly? According to Meserve holly information, blue or Meserve holly (Ilex x meserveae) is a holly hybrid developed by Mrs. F. Leighton Meserve. Her intent was to develop a cold hardy holly with attractive leaves.

Mrs. Meserve crossed a type of holly with excellent cold hardiness with a holly species that was less cold hardy but has beautiful, shiny foliage. The resulting hybrids are termed blue holly and include a variety of cultivars with gorgeous blue-green leaves. These include:

Each has its own shape, height, and hardiness. Cultivars ‘Blue Prince’ and ‘Blue Princess’ take the hardiness cake since they are hardy down to -20 degrees F. (-29 C.).

Blue hollies produce the same shiny red berries that other hollies offer. The berries grow in a pale green color, but they deepen into crimson (or, less often, yellow) as they mature.

How to Grow Meserve Holly

If you are wondering how to grow Meserve holly, keep reading. Growing Meserve blue hollies isn’t difficult if you site the plants correctly. In fact, they are easy-care, low maintenance plants in your garden.

Plant blue holly in moist, well-drained soil. The plants do best in soil that is slightly acidic and in a full sun or partial sun site. Blue holly trees thrive in USDA plant hardiness zones 5 through 8.

If you want your trees to bear the bright berries, be sure to plant some male plants near female plants. Generally, experts recommend planting one male to every three to five females. All hollies bear male and female flowers on separate plants. Both types of trees are required for the females to produce fruit.

When you are growing Meserve blue hollies, blue holly shrub care becomes important. Your first step toward caring for your trees is siting them correctly.

Another element of blue holly shrub care is to protect the trees from winter foliage burn. You can do this by avoiding south or west-facing exposed planting sites. This also helps prevent summer heat stress.

Don’t prune your hollies too often. Any pruning should be modest and not too late in the season. If you prune blue hollies too late as you attempt blue holly shrub care, you will remove the floral buds for the following season.