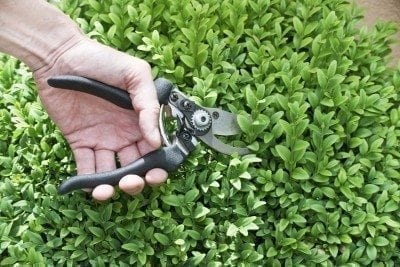 With lush, evergreen foliage and bright berries among most varieties, holly bushes make attractive additions in the landscape. These shrubs are commonly grown as foundation plantings or hedges. Some, like English holly, are even used as decorative displays throughout the Christmas season. While their year-round beauty is often seen as an asset among other landscape plantings, some types of holly bushes can become unwieldy if left unpruned. Therefore, trimming holly bushes is important for keeping their overall appearance in tip-top shape.

When to Prune Holly Bushes

However, not all varieties are pruned at the same time. It is important to know when to prune holly bush varieties. Otherwise, you could inadvertently cause damage.

For most holly bushes, pruning can take place in winter without any ill effects. These include English, Inkberry, and Blue hollies as well.

How to Prune Holly Bushes

Hollies are normally pruned to maintain shape or to remove unsightly growth. Some are shaped into hedges. If you don’t know how to prune holly bushes correctly, you can do more harm than good. For hedge pruning of holly bushes, pruning the lower branches shorter than upper ones is not recommended. Maintain an even shape instead.

Prune holly bushes to keep their natural growth in check. Always remove any dead or diseased branches. Then start from the inside and work outward. Cut branches just above new leaf buds or all the way back to main branch.

Don’t remove lower limbs of English holly. Instead, allow them to branch to the ground.

If holly bushes require some major rejuvenation, however, they can be cut to the ground; again, this should be done during winter dormancy.

Knowing when and how to prune holly bushes is important for their overall health. Trimming holly bushes helps them to maintain a neat, crisp appearance in the landscape.