Holly Companions – What Can I Grow Underneath A Holly Bush 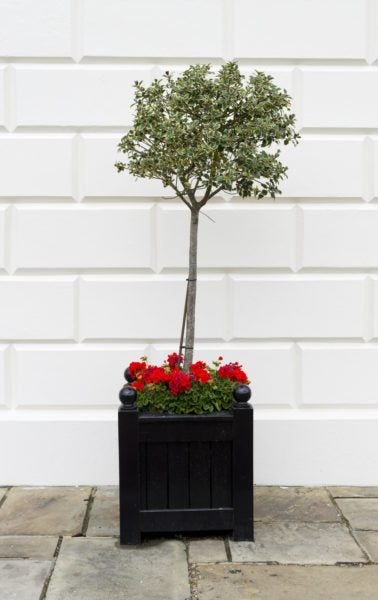 Holly plants can start out as small, dainty little shrubs, but depending on type, they can reach heights from 8 to 40 feet (2-12 m.). With some holly types having a growth rate of 12-24 inches (30-61 cm.) per year, finding companion plants for growing holly bushes can be a challenge. With preferences of slightly acidic, moist soils in partly shaded locations, planting under holly bushes that are more established can also be a challenge. Continue reading to learn more about planting under holly bushes.

A few common holly companions for planting next to the shrubs include boxwood, viburnum, clematis, hydrangea, and rhododendrons.

What Can I Grow Underneath a Holly Bush?

Because holly plants are usually planted small, but eventually grow very large, many gardeners use annual plantings under holly bushes. This prevents having to dig up and move perennials or shrubs, as they holly plants grow larger. Annuals also work well as underplantings for container grown holly shrubs.

Some annual holly companions include:

Planting under holly bushes that are more established is much easier than planting under young holly bushes. Many gardeners even like to limb up large hollies, so that they grow more in the form of a tree. Left natural, holly plants will mature into a classic evergreen conical shape. Some common perennial holly companions are:

Low growing shrubs such as gold or blue junipers, cotoneaster, and Moon Shadow euonymus provide a nice contrast to the dark green foliage of holly plants.