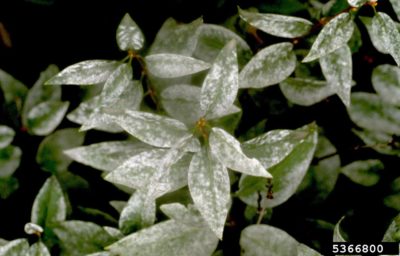 Lilac blooms are one of the best parts of the growing season, but these bushes can also bring dramatic heartbreak when they get sick. Powdery mildew on lilac bushes is one of the most common problems of these beloved plants; learn how to eliminate it from your garden inside.

About Powdery Mildew Fungus of Lilac

There’s nothing like the scent of lilac in the spring, but the amazing smell that reminds so many of us of our grandmother’s and their gardens often comes with tricky diseases like powdery mildew. If you see white powder on lilac leaves, it doesn’t mean your bush is at the end, but unless you correct the underlying cause, it can become a chronic condition that weakens your bush over time.

Powdery mildew on lilac bushes isn’t caused by a single fungus, but is, instead, caused by several different species. As the name implies, the primary symptom in lilacs is a powder-like coating on the leaves of the bush, but this coating can spread to leaves, stems, and flowers if conditions are right. The fungus can also cause cupping, crinkling or other distortion of leaves in younger growth on your lilac bush. It often grows aggressively during warm, damp summers, resulting in entire sections of plants covered in the dust-like fruiting bodies.

For established bushes, a mild infection of powdery mildew won’t cause permanent damage or death, so often the best treatment is to simply ignore the problem. Sometimes it’s just a matter of bad luck that your summer is unusually moist or long, giving the pathogen a better chance to really set in. However, if you have powdery mildew fungus of lilac year after year, you may want to consider making some changes to how you garden.

Treating powdery mildew on lilacs is rarely necessary, but there are several things you can do to eliminate or reduce the effects of the environment on those fungal spores. Instead of heading straight for fungicide that is often a costly and endless battle, try these tricks to reduce powdery mildew long term:

1. Trim your bush. Thinning your lilac and trimming the bottom branches can greatly increase interior air circulation, which in turn makes it hard for powdery mildew to survive. It can also help to thin other plants that may be close by to encourage aggressive air flow so your plant can dry completely, robbing powdery mildew fungus of much needed humidity.

2. Remove plant debris. Powdery mildew spores tend to overwinter in the dead leaves of seasons past, so instead of letting that debris simply pile up, remove it and compost or bag it. This takes more powdery mildew out of play and helps to prevent reinfection.

3. Reduce fertilizer. Although it might seem counter-intuitive to withhold fertilizer from a sick lilac bush, it’s actually a great way to fight powdery mildew. Since this fungus loves soft, tender new growth and has a harder time infecting older, tougher growth, reducing or withholding fertilizer is another way to reduce the opportunities for a lilac to go wild.