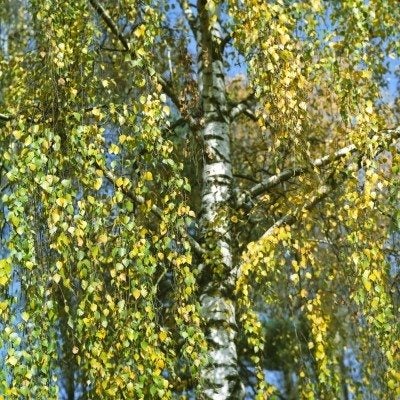 What are Weeping Silver Brich Trees?

Weeping silver birch (Betula pendula) is a European species that is well suited to North American locations with mild summers and cold winters. It isn’t a low-maintenance tree, but it is well worth the time you put into it.

Weeping silver birch growing conditions include full sun and well-drained, moist soil. The soil should never dry out. A thick layer of mulch around the base of the tree will help hold moisture in. Weeping silver birch trees grow best in areas where summer temperatures rarely exceed 75 degrees F. (24 C.) and where the roots are covered with snow for most of the winter.

An important part of the care of weeping silver birch trees is keeping the soil evenly moist. If the soil in the area isn’t naturally moist, install drip irrigation under the mulch.

The tree is susceptible to fungal diseases for which there is no cure, but you may be able to keep them at bay by pruning out diseased twigs and branches. Prune in late winter before the tree breaks dormancy. Pruning cuts bleed an abundance of sap if you wait until spring. Cut back to healthy wood. The cut will stimulate growth from the side shoots and nodes below it, so it’s best to cut just above a node or side shoot.

If the long shoots make landscaping tasks, such as mowing, difficult, you can cut them back to the desired length. Always mow so that any sticks or debris caught by the mower blades will be thrown away from the tree instead of toward it to prevent trunk injuries. Injuries create entry points for insects and disease.

Plant a weeping silver birch in an area where it is in scale with the rest of the landscape and where it has room to spread to its mature size. The tree will grow 40 to 50 feet (12-15 m.) tall and will look awkward in a small yard. The canopy will spread 25 to 30 feet (8-9 m.), and it should not be crowded by structures or other trees.