What Is Tree Sap? 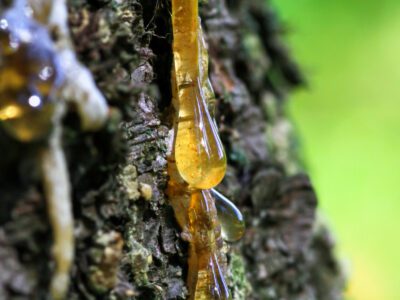 Most people know what is tree sap but not necessarily the more scientific definition. For instance, tree sap is the fluid transported in xylem cells of a tree.

What Does Tree Sap Contain?

Tree sap flows through sapwood, which produces carbon dioxide. Sometimes this carbon dioxide causes pressure to build up within the tree. If there are any wounds or openings, this pressure will eventually force the tree sap to ooze from the tree.

Oozing tree sap can also be heat related. In early spring, while many trees are still dormant, the fluctuation of temperatures may affect the flow of tree sap. For instance, warmer weather produces pressure within the tree. This pressure can sometimes cause the tree sap to flow from the tree through openings produced from cracks or injury.

During cold weather, when temperatures fall below freezing, the tree pulls water up through the roots, replenishing the tree sap. This cycle continues until the weather stabilizes and is quite normal.

Sometimes trees suffer from unnatural blistering or oozing of sap, which may be caused by numerous things such as disease, fungus, or pests. On average, however, trees do not typically leak sap unless damaged in some way.

Tree sap can also be difficult to remove. Read here about how to remove tree sap.