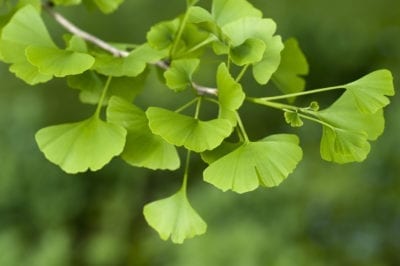 One of the world’s oldest and most amazing plants, ginkgo (Ginkgo biloba), also known as maidenhair tree, was in existence when dinosaurs roamed the earth. Native to China, ginkgo is resistant to most insect pests and disease, tolerates poor soil, drought, heat, salt spray, pollution, and isn’t bothered by deer and rabbits.

This fascinating, hardy tree can live a century or more and can reach heights in excess of 100 feet (30.5 m.). In fact, one tree in China reached a grand height of 140 feet (42.5 m.). As you might imagine, fertilizing ginkgo trees is rarely necessary and the tree is adept at managing on its own. However, you may want to feed the tree lightly if growth is slow – ginkgo usually grows about 12 inches (30.5 cm.) per year – or if leaves are pale or smaller than usual.

What Ginkgo Fertilizer Should I Use?

Feed ginkgo using a balanced, slow-released fertilizer with an NPK ratio such as 10-10-10 or 12-12-12. Avoid high-nitrogen fertilizers, especially if the soil is poor, compacted, or doesn’t drain well. (Nitrogen is indicated by the first number in the NPK ratio marked on the front of the container.)

In lieu of fertilizer, you can also spread a generous layer of compost or well-rotted manure around the tree any time of year. This is an especially good idea if the soil is poor.

When and How to Fertilize Ginkgo Trees

Don’t fertilize ginkgo at planting time. Fertilize ginkgo trees in late winter or early spring, just before new leaf buds. Usually, once a year is plenty, but if you think more is necessary, you can feed the tree again in early summer.

Don’t fertilize ginkgo during a drought unless the tree is fertilized regularly. Also, keep in mind that you may not need to apply fertilizer if your ginkgo tree is growing adjacent to a fertilized lawn.

Feeding ginkgo trees is surprisingly easy. Measure the circumference of the tree approximately 4 feet (1 m.) off the ground to determine how much ginkgo fertilizer to use. Apply 1 pound (0.5 kg.) of fertilizer for every inch (2.5 cm.) of diameter.

Sprinkle the dry fertilizer evenly on the soil under the tree. Extend the fertilizer to the drip line, which is the point where water would drip from the tips of the branches.

Water well to ensure ginkgo fertilizer penetrates the mulch and soaks evenly into the root zone.