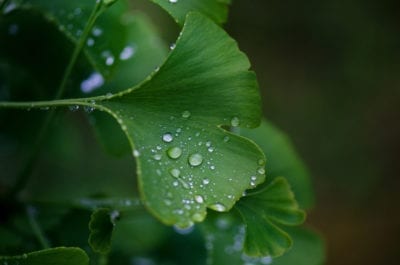 A ginkgo tree, also known as maidenhair, is a special tree, a living fossil, and one of the most ancient species on the planet. It’s also a lovely ornamental or shade tree in yards. Once ginkgo trees are established, they require little maintenance and care. But considering ginkgo water requirements will help you ensure the trees in your garden are healthy and thriving.

How Much Water Does Ginkgo Need?

Watering ginkgo trees is similar to other trees in the landscape. They tend towards needing less water and being more tolerant of drought than overwatering. Ginkgo trees do not tolerate standing water and soggy roots. Before even considering how much to water your tree, be sure you plant it somewhere with soil that drains well.

During the first few months after you plant a young, new tree, water it nearly every day or a few times a week. Water the roots deeply to help them grow and establish. Just avoid soaking the soil to the point of being soggy.

Once established, your ginkgo tree will not need a lot of additional watering. Rainfall should be adequate, but, for the first few years, it may need some extra water during dry and hot spells of summer weather. Although they tolerate drought, ginkgoes still grow better if provided with water during these times.

How to Water Ginkgo Trees

You can water your young, establishing ginkgo trees by hand with a hose or with an irrigation system. The former may be the better choice because these trees don’t need regular watering once established. Just use the hose to soak the area around the trunk where the roots are for several minutes.

Ginkgo tree irrigation can be problematic. With a sprinkler system or another type of irrigation, you run the risk of overwatering. This is especially true with more mature trees that really don’t need much more than regular rainfall. If you water your grass with a timed sprinkler system, make sure it is not watering the ginkgo too much.