What Is A Sugarberry Tree: Learn About Sugar Hackberry Trees 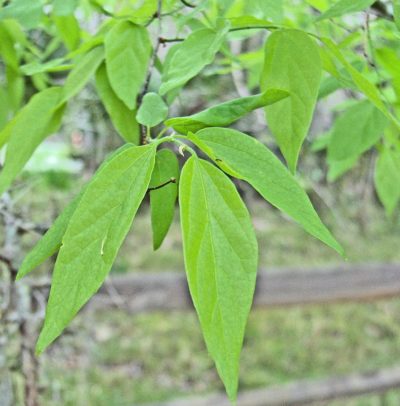 If you aren’t a resident of the southeastern United States, then you may have never heard of sugar hackberry trees. Also referred to as sugarberry or southern hackberry, what is a sugarberry tree? Keep reading to find out and learn some interesting sugar hackberry facts.

What is a Sugarberry Tree?

Native to the southeastern United States, sugar hackberry trees (Celtis laevigata) can be found growing along streams and flood plains. Although usually found in moist to wet soils, the tree adapts well to dry conditions.

This medium to large deciduous tree grows to around 60-80 feet (18.5 to 24.5 m.) in height with upright branching and a rounded spreading crown. With a relatively short life, less than 150 years, sugarberry is covered with light gray bark that is either smooth or slightly corky. In fact, its species name (laevigata) means smooth. Young branches are covered with tiny hairs that eventually become smooth. The leaves are 2-4 inches (5 to 10 cm.) long and 1-2 inches (2.5 to 5 cm.) wide and mildly serrated. These lance-shaped leaves are pale green on both surfaces with obvious veining.

In the spring, from April through May, sugar hackberry trees flower with insignificant greenish blooms. Females are solitary and male flowers are borne in clusters. Female blossoms become sugar hackberry fruit, in the form of berry-like drupes. Each drupe contains one round brown seed surrounded by sweet flesh. These deep purple drupes are a great favorite of many species of wildlife.

Sugar hackberry is a southern version of common or northern hackberry (C. occidentalis) but differs from its northern cousin in several ways. First, the bark is less corky, whereas its northern counterpart exhibits distinctive warty bark. The leaves are narrower, it has a better resistance to witches’ broom, and is less winter hardy. Also, sugar hackberry fruit is juicier and sweeter.

Speaking of the fruit, is sugarberry edible? Sugarberry was commonly used by many Native American tribes. The Comanche beat the fruit to a pulp and then mixed it with animal fat, rolled it into balls, and roasted it in the fire. The resulting balls had a long shelf life and became nutritious food reserves.

Native people also had other uses for sugarberry fruit. The Houma used a decoction of bark and ground up shells to treat venereal disease, and a concentrate made from its bark was used to treat sore throats. The Navajo used leaves and branches, boiled down, to make a dark brown or red dye for wool.

Some people still pick and use the fruit. Mature fruit can be picked from late summer until winter. It can then be air dried or soak the fruit overnight and rub the exterior off on a screen.

Sugarberry can be propagated via seed or cuttings. Seed must be stratified prior to use. Store wet seeds in a sealed container in the refrigerator at 41 degrees F. (5 C.) for 60-90 days. The stratified seed can then be sown in the spring or non-stratified seeds in the fall.