Can You Graft Mayhaws – Tips For Grafting A Mayhaw Tree 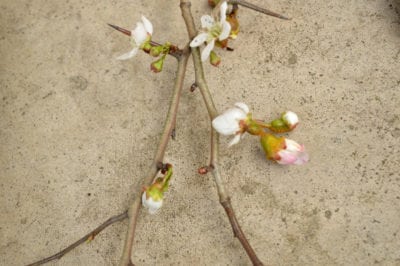 Mayhaws (Crataegus spp.) are delightfully ornamental fruit trees native to the American South. In addition to the indigenous mayhaw strains, cultivars have been developed that yield larger fruit and more generous harvests. Can you graft mayhaws? Yes, you can, and many of the mayhaw cultivars are grafted onto other mayhaw rootstocks. For more information about mayhaw grafting, including tips on how to graft a mayhaw, read on.

With a rounded canopy, attractive leaves and showy white flowers, the mayhaw is a beautiful addition to any garden. Mayhaws are in the same genus as hawthorns, and they produce small fruit resembling crabapples.

The fruit is not very tasty right off the tree. However, it is used to make delicious jellies and can be used in other culinary projects. In modern times, mayhaws are increasingly cultivated for their fruit. Often, growers wishing to cultivate mayhaws commercially will graft mayhaw trees onto hardy rootstocks.

Grafting a mayhaw, or any tree, involves botanically joining the canopy of one type of tree to the roots of another. The species providing the roots of a grafted tree is called the rootstock. The cultivar is used as the canopy to enhance fruit production. The parts of the cultivar branch to be attached by grafting are stripped of bark. They are tied to a stripped section of the rootstock until the two trees actually grow into each other.

How to Graft a Mayhaw Tree

How can you graft mayhaws? Grafting a mayhaw is best accomplished in late winter, around mid-February. If you are interested in mayhaw grafting, you’ll be happy to learn that the tree grafts easily. In fact, mayhaws will graft with almost any species of hawthorn. However, using a rootstock of mayhaw is the best bet.

There are various ways to cut the pieces of cultivar to be grafted onto a rootstock. The types of connections that work best for mayhaw grafting are whip and tongue graft and simple whip graft. A connection called a cleft graft is used for larger trees.

The trees used for rootstocks must be compatible with the local climate and soil. Top mayhaw rootstock choices may vary among states and even regions. In Mississippi, for instance, a preferred rootstock is the parsley haw. However, in most states, the top selection for a rootstock is usually a mayhaw seedling.

Printer Friendly Version
Read more about Hawthorn
<Previous
Did you find this helpful? Share it with your friends!
FacebookTweetPinEmail
Related Articles
Newest Articles
You might also like…
Additional Help & Information