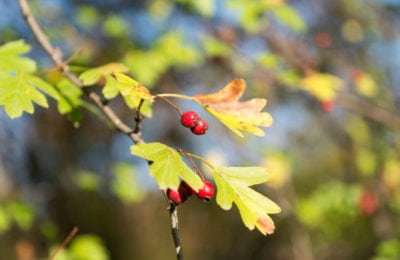 The mayhaw is a little known and little grown fruiting tree native to the southern United States. A variety of hawthorn, this tree produces large, tasty fruits that are harvested to make jellies, pies, and syrups that are a delicious and well-kept secret of the South. If you want mayhaw fruits, it’s important to have a healthy mayhaw tree. Keep reading to learn more about common problems with mayhaw trees and how to troubleshoot mayhaw issues.

What’s Wrong with My Mayhaw?

Since they are not often grown commercially, there’s a lot that’s still unstudied about mayhaw problems and how to fix them. We do, however, know a decent amount about issues gardeners encounter and how they deal with them. For example, there are a few diseases that frequently strike mayhaw trees, such as fire blight, brown Monilinia rot, and cedar-quince rust. Fungicides have been found to be effective against rust and Monilinia. Little is known about how to combat fire blight on mayhaws.

While there isn’t much information on serious pest problems with mayhaw trees, there are several pests that have been documented on them. These include:

All of these pests have been known to damage the trees by feeding on them, with plum curculios doing the most extensive damage.

Mayhaw issues have also been known to come from larger animals, such as deer and birds. These animals will break off or peck into young new stems, seriously stunting growth. These animals are also sometimes known to eat or damage ripe fruits.

Mayhaw trees prefer moist, slightly acidic soil. You may notice your tree languishing during periods of drought, or if its soil is too alkaline. Since little scientific research has been performed regarding mayhaw problems, keep in mind that this may not be an exhaustive list.

Printer Friendly Version
Read more about Hawthorn
<PreviousNext>
Did you find this helpful? Share it with your friends!
FacebookTweetPinEmail
Related Articles
Newest Articles
You might also like…
Additional Help & Information