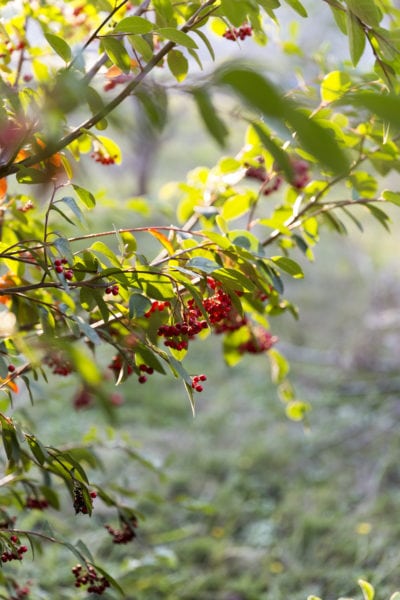 Mayhaw fruit trees, related to apple and pear, are attractive, midsize trees with spectacular springtime blooms. Mayhaw trees are native to the swampy, lowland areas of the southern United States, growing wild as far west as Texas. Small, round mayhaw fruits, which look similar to small crabapples, are prized for making delicious jams, jellies, syrup and wine, but tends to be a bit too tart for eating raw. Read on to learn about some of the most popular types of mayhaw fruit trees.

Generally, mawhaw trees grow in USDA plant hardiness zones 8 through 10. If you live in a warm climate, consider varieties of mayhaw with low winter chilling requirements. If you’re in a more northerly area, look for hardy types of mayhaw that can tolerate cooler temperatures.

There are two main types of mayhaw, both of which are species of hawthorn – eastern mayhaw (Crataegus aestivalis) and western mayhaw (C. opaca). Of these varieties include a number of cultivars. Here are some of the more popular ones:

Superspur: Blooms late winter or early spring with fruit ready to harvest by late April or early May. Large fruit has reddish-yellow skin and yellow flesh.

Saline: Blooms in late winter or early spring, mayhaw fruit ripens in late April or early May. Fruit is large and firm with reddish skin and pinkish-orange flesh.

Big Red: This heavy producer blooms later than most and may not be ready to harvest until early June, having large red fruit with pink flesh.

Turnage 57: Blooms in March and ripens in early to mid-May. Fruit is medium sized with pale red skin and yellow flesh.

Printer Friendly Version
Read more about Hawthorn
<PreviousNext>
Did you find this helpful? Share it with your friends!
FacebookTweetPinEmail
Related Articles
Newest Articles
You might also like…
Additional Help & Information