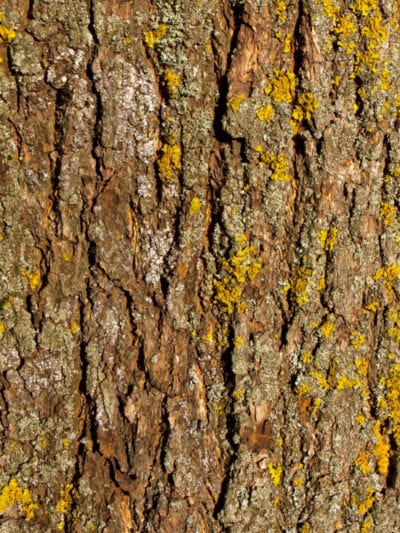 Several different kinds of fungi will cause cankers on a maple tree. These fungus are the most common maple bark diseases. They all have the same thing in common, which is that they will create lesions (also called cankers) in the bark but these lesions will look different depending on the canker fungus that is affecting the maple bark.

Nectria cinnabarina canker – This maple tree disease can be identified by its pink and black cankers on the bark and typically affects parts of the trunk that were weak or dead. These cankers can become slimy after rain or dew. Occasionally, this fungus will also appear as red balls on the bark of the maple tree.

Nectria galligena canker – This maple bark disease will attack the tree while it is dormant and will kill healthy bark. In the spring, the maple tree will regrow a slightly thicker layer of bark over the fungus infected area and then, the following dormant season, the fungus will once again kill back the bark. Over time, the maple tree will develop a canker that looks like a stack of paper that has been split and peeled back.

Eutypella canker – The cankers of this maple tree fungus looks similar to Nectria galligena canker but the layers on the canker will normally be thicker and will not peel away from the tree trunk easily. Also, if the bark is removed from the canker, there will be a layer of visible, light brown mushroom tissue.

Valsa canker – This disease of maple trunks will normally affect only young trees or small branches. The cankers of this fungus will look like small shallow depressions on the bark with warts in the center of each and will be white or grey.

Steganosporium canker – This maple tree bark disease will create a brittle, black layer over the bark of the tree. It only affects bark that has been damaged by other issues or maple diseases.

Cryptosporiopsis canker – The cankers from this fungus will affect young trees and starts out as a small elongated canker that looks as though someone pushed some of the bark into the tree. As the tree grows, the canker will continue to grow. Often, the center of the canker will bleed during the rising of spring sap.

Bleeding canker – This maple tree disease causes the bark to appear wet and is often accompanied by some bark coming away from the maple tree trunk, especially lower down on the trunk of the tree.

It is not uncommon for maple trees to develop growths called galls or burls on their trunks. These growths often look like large warts on the side of the maple tree and can get to massive sizes. Though often alarming to see, galls and burls will not harm a tree. That being said, these growths do weaken the trunk of the tree and can make the tree more susceptible to falling during wind storms.

While not technically a maple tree disease, there are several weather and environment related bark damages that can happen and may look like the tree has a disease.

Sunscald – Sunscald most frequently occurs on young maple trees but can happen on older maple trees that have thin skin. It will appear as a long discolored or even barkless stretches on the trunk of the maple tree and sometimes the bark will be cracked. The damage will be on the southwest side of the tree.

Frost cracks – Similar to sunscald, the southern side of the tree cracks, sometimes deep cracks will appear in the trunk. These frost cracks will most commonly happen in late winter or spring.

Over mulching – Poor mulching practices can cause the bark around the base of the tree to crack and fall off.

Printer Friendly Version
Read more about Maple Trees
Next>
Did you find this helpful? Share it with your friends!
FacebookTweetPinEmail
Related Articles
Newest Articles
You might also like…
Additional Help & Information