Can I Plant A Pine Cone: Sprouting Pine Cones In Gardens 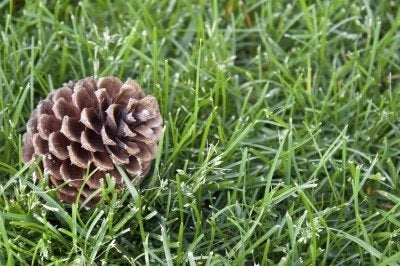 If you’ve thought about growing a pine tree by sprouting a whole pine cone, don’t waste your time and energy because unfortunately, it won’t work. Although planting entire pine cones sounds like a great idea, it isn’t a viable method for growing a pine tree. Read on to learn why.

Can I Plant a Pine Cone?

You can’t plant a pine cone and expect it to grow. There are several reasons why this won’t work.

Even if the seeds in the cones are at the exact perfect stage of ripeness, sprouting pine cones by planting entire pine cones still won’t work. The seeds need sunlight, which they can’t get when they are enclosed in the cone.

Also, planting entire pine cones would mean the seeds are actually much too deep in the soil. Again, this prevents the seeds from receiving sunlight they need in order to germinate.

If you have your heart set on a pine tree in your garden, your best bet is start with a seedling or small tree.

However, if you’re curious and enjoy experimentation, planting pine tree seeds is an interesting project. Although sprouting pine cones won’t work, there’s a way that you can harvest the seeds from the cone, and you may – if conditions are just right – successfully grow a tree. Here’s how to go about it: