What Is Star Anise: Tips On How To Grow Star Anise 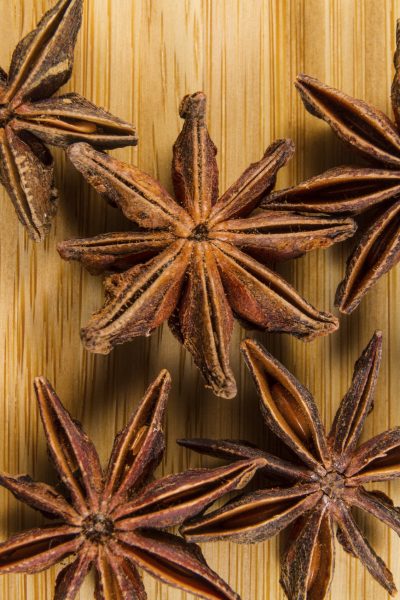 Star anise (Illicium verum) is a tree related to the magnolia and its dried fruits are used in many international cuisines. Star anise plants can only be grown in United States Department of Agriculture zones 8 to 10, but for northern gardeners, it is still fun to learn about a unique and flavorful plant. There are many star anise uses too, both for scent and flavor. Read on to learn how to grow star anise in suitable areas and find out how to use this amazing spice.

What is Star Anise?

Star anise plants are fast growing evergreen trees, that occasionally grow up to 26 feet (6.5 m.) but usually smaller with a spread of 10 feet (3 m.). The fruit is a spice that smells a bit like licorice. The tree is native to southern China and northern Vietnam where its fruit is used heavily in the regional cuisine. The spice was first introduced to Europe in the 17th century and used whole, powdered, or extracted into oil.

They have lance-shaped, olive green leaves and cup-shaped, soft yellow blooms. The leaves have a licorice scent when crushed but they aren’t the part of the tree used in cuisine. The fruit is star-shaped (from which its name derives), green when under-ripe, and brown and woody when ripe. It is composed of 6 to 8 carpels, each of which contains a seed. Fruits are harvested when still green and dried in the sun.

Note: Illicium verum is the most commonly harvested, but is not to be confused with Illicium anisatum, a Japanese plant in the family, which is toxic.

How to Grow Star Anise

Star anise makes an excellent hedge or standalone plant. It has no tolerance for frost and cannot be grown in the north.

Star anise requires full sun to partial shade in almost any soil type. In warmer climates, growing star anise in full shade is also an option. It prefers slightly acidic soil and needs consistent moisture. Compost or well-rotted manure is all the fertilizer this plant needs.

Pruning can be done to maintain size but is not necessary. That said, growing star anise as a hedge requires trimming and keeping the fast-growing tree short to avoid excess maintenance. Whenever the tree is cut, it releases a spicy fragrance.

The spice is used in meat and poultry dishes as well as confections. It is one of the main ingredients in the traditional Chinese seasoning, five-spice. The sweet scent is a perfect pairing with rich duck and pork dishes. In Vietnamese cooking, it is the main seasoning for pho broth.

Western uses are generally confined to preserves and anise-flavored liqueurs, such as anisette. Star anise is also used in many curry concoctions, for both its flavor and scent.

Star anise is 10 times sweeter than sugar due to the presence of the compound anethole. The flavor is compared to licorice with a hint of cinnamon and clove. As such, it is used in breads and cakes. A traditional Czechoslovakian bread, vanocka, was made around Easter and Christmas.