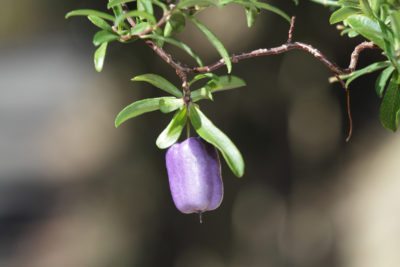 What are billardieras? Billardiera is a genus of plants that contain at least 54 different species. These plants are native to Australia, almost all of them confined to the southwest part of Western Australia. Keep reading to learn more about popular types of billardiera plants and how to grow billardieras in the garden.

While there are many types of billardiera plants, there are a couple that are favorites of gardeners and earn extra attention. An especially popular one is Billardiera longiflora, also known as appleberry and climbing blueberry. An evergreen vine, it is hardy in USDA zones 8a to 10b. It can reach 8 feet (2.5 m.) in length.

In late spring to early summer, it produces flowers that can come in a variety of colors, including white, yellow, green, purple, and pink. Arguably, its most interesting aspect, and the one that earns it its name, is the proliferation of attractive, bright purple berries that appear in midsummer.

Another popular species is Billardiera scandens, which, confusingly enough, is also often referred to as an appleberry. This is another vining evergreen that reaches about 10 feet (3 m.) in length. While the plant usually climbs or crawls across the ground, it will also sometimes grow in a mounding habit that takes on the appearance of a small shrub. The plant is hardy to USDA zone 8.

As a rule, billardiera plants are low maintenance and easy to grow. They can tolerate a wide range of pH and soil types (apart from clay), though they do prefer moisture.

They will grow in full sun to part shade. They can be propagated from both seed and cuttings, though Billardiera scandens plants are harder to propagate than their cousins.