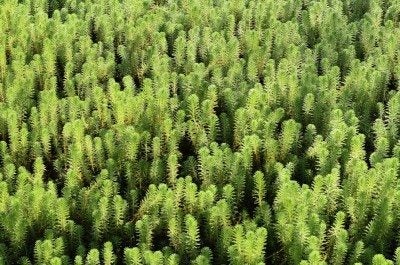 Hydrilla is an invasive aquatic weed. It was introduced to the United States as an aquarium plant but escaped cultivation and is now a serious weed. Controlling hydrilla weeds is necessary to prevent the diminishment of native flora. In most states, it is illegal to possess or transport the species. The plant grows rapidly, spreads easily, and out-competes native vegetation. It also fouls waterways with its thick tangled mats of stems. The plant is a federally listed noxious weed. Read on to learn more.

Hydrilla management is the responsibility of pond and lake denizens. What is hydrilla? The plant is often confused with our native Elodea, but it has one or more teeth on the underside of the midrib. This gives the plant a rough feel when you drag your hand down the length of the stem.

The plant is native to Africa, Australia, and parts of Asia but has managed to take over many areas of our native flora here in the U.S. The plant is of greatest concern in the southern states but has managed to migrate in small populations to the western regions. It has also been discovered in some northern and Midwest regions.

Identification is the first step to eradication. Hydrilla is a perennial plant with dense mats of stems that grow in water over 20 feet (6 m.) in depth. Stems are snaky and numerous, floating in a tangle on the surface of the water. Leaves are narrow with some serration, 1/8 to 3/8 inch (6 mm. to 1 cm.) long and have spines on the underside of the midrib.

This plant reproduces by seed which is carried on the water but also by fragmentation. Any tiny bit of the plant that is broken off has the capacity to become another plant. In areas with aquatic recreation, plants are consistently torn up to perpetuate the problem.

One positive note of hydrilla plant information is its contribution as a habitat for fish and animals. Initially, the plant has beneficial effects on fishing areas but, overtime, the low oxygen levels in the mats do not support the growth of local animals.

How to Kill Hydrilla

Aquatic and wildlife managers have discovered how difficult hydrilla management can be. This is because of its ease of spread and reproduction. Controlling hydrilla weeds is an issue of concern in most of the United States and has become an economic problem in some regions.

As early as the 1980’s, $49 million was spent on hydrilla management. The numbers have since increased until infestations have become a budgetary burden in those localities with the highest populations of the plant. It is now known that cold tolerance is another aspect of hydrilla plant information, a detail that makes management even more challenging.

Dredging and hand pulling, or trawling, are not effective strategies. This is because of the ease with which the plant establishes itself from small fragments. Stem fragments with only one node can form roots and shoots in just a couple of days.

Physical control such as lowering water levels, adding aquatic dye, or covering the surface of the water to reduce light has minimal effect. Drained ponds may respond to granular herbicides applied to the mud to eliminate tubers.

Grass carp have been introduced in some areas and are efficient at eating and removing some of the plants.

Chemical control is the most effective but cannot be used where there is drinking water. Copper, when mixed with other herbicides, is a useful tool but care must be used around fish.

Other chemicals include diquat, endothall, fluridone, and dichlobenil. Each of these has extensive hazards and should be applied by a professional or by use of approved formulas recommended for aquatic management. Apply all cautions and respect the instructions regarding application methods and rates completely.