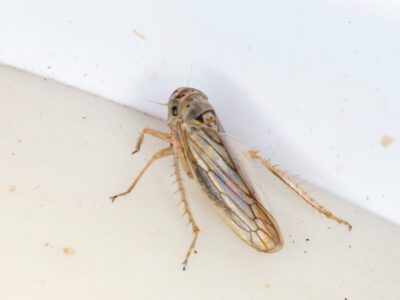 Aster yellows can affect a myriad of plants and is often quite detrimental to them as well. Keep reading to learn more about this problem and how to control aster yellows on flowers and other plants in the garden.

What is Aster Yellows?

Aster yellows on flowers isn’t really caused by a virus at all. It is caused by a cross between a bacterium and virus called a phytoplasma, and for such a tiny organism, it can cause a great deal of trouble. Flower hosts of aster yellows are too numerous to list, as it affects more than 200 species in over 40 plant families.

Aster yellows virus is a disease carried from an infected plant to a healthy one by a creature known to entomologists as Macrosteles fascifrons and to gardeners as aster leafhopper. These, too, are tiny little creatures that gardeners often describe as gnats. They are only 4 mm. long and their semi-transparent wings are brown or greenish. Easily disturbed, these carriers of aster yellows virus often go unnoticed until it is too late.

Like all Homopterean insects, aster leafhoppers have sucking mouthparts called stylets, which are used to suck the juices from the tissues of plants. As they feed, the leafhoppers leave some of their saliva behind. If the insect has fed on a plant host of aster yellows, the phytoplasma from one plant will be deposited in another and so on and so on.

Most aster leafhoppers originate in the warm temperatures of the south. They then begin feeding in the area where they were hatched and steadily migrate northward, spreading the aster yellows virus just as new seedlings emerge or are planted in their path. Some of these migrant leafhoppers will lay more eggs as they travel and prefer to do so in grain-producing crops such as wheat. Gardeners who live in such areas are, therefore, more likely to see the aster yellows virus on flowers than those who live beyond those areas. These native leafhoppers are more likely to infect older, more established plants where symptoms will be less obvious.

While named for the members of the family Asteraceae in which it was first discovered, everything from garden vegetables as diverse as broccoli, carrots, and potatoes to flowering plants such as phlox, gladioli, and coneflowers can fall victim to this insidious disease.

Diagnosing the problem of aster yellows virus can be difficult as well. Its symptoms vary from species to species and it is often mistaken for other diseases or herbicide damage. Infected foliage can be discolored and twisted. The normal green may be replaced with yellow or red. Hosts of aster yellows may first show the unsightly ‘witches broom‘ of terminal growth.

Tall plants may appear bushy and stunted. Leaf veins often turn yellow or white before the entire leaf becomes chlorotic or lacking the chlorophyll green the plant needs to survive. This is the opposite of nutrient deficiency where the veins remain green. Carrots with red leaves and bitter tap roots dotted with white fuzz are indicative of aster yellows. On flowers, the disease may cause twisted heads that remain green or as with marigolds, blossom in a muddy orange mess.

Controlling aster yellows is difficult. There is no treatment currently available for curing the disease and plant removal to prevent more spread is the only course of action. Destroying the insect vector is nearly impossible, but certain insecticides such as carbaryl, diazinon, and permethrin may help. Read the label before applying any insecticide to your garden.

If you live in an area where the disease is common, the best method of controlling aster yellows on flowers and vegetables may be to plant flowers that are immune to the disease, such as geraniums and impatiens. Your local extension service may be able to help you choose plants that are readily available in your area.