Does Weather Affect Plant Growth: Effect Of Temperature On Plants 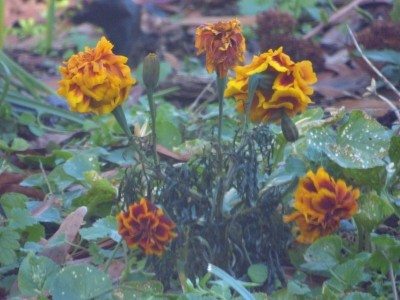 Does weather affect plant growth? It sure does! It’s easy to tell when a plant has been nipped by frost, but high temperatures can be every bit as harmful. However, there is a considerable disparity when it comes to temperature stress in plants. Some plants wilt when the mercury begins to climb, while others are at their best in extremes that would leave weaker plants begging for mercy.

How Does Temperature Affect Plant Growth?

However, when temperatures reach uncomfortably high limits (which depends on the plant), the two processes become unbalanced. Tomatoes, for example, get into trouble when temperatures exceed about 96 degrees F. (36 C.).

The effect of temperature on plants vary widely, and is influenced by factors such as exposure to sunlight, moisture drainage, elevation, difference between day and night temperatures, and proximity to surrounding rock structure (thermal heat mass).

Germination is a miraculous event that involves a number of factors that include air, water, light, and, of course, temperature. Germination increases in higher temperatures – up to a point. Once the seeds reach optimum temperatures, which depends on the plant, germination begins to decline.

So whether it’s extreme heat or cold, temperature does affect plants and their growth. This is one of the reasons why it’s important to check a plant’s hardiness and see if it is compatible to your particular growing zone. Of course, where Mother Nature is concerned, even when grown in optimal conditions, you cannot control the weather.