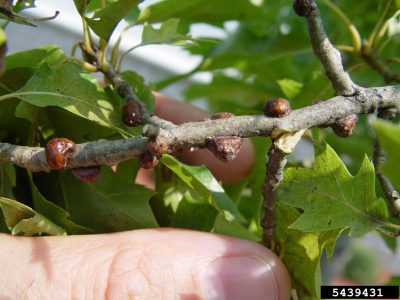 Though it is sometimes confused with a plant disease or fungus, soft scale on plants is actually an insect infestation. Like vampires, these insects suck the sap from the vascular system of plants. The plant itself will yellow and wither; it may also grow distorted and stunted.

A sticky, scale-looking substance may be visible on the underside of leaves and stems. Gray mold oftentimes will grow over the top of the scale. When scale or the gray mold that tends to accompany it, covers too much of the plant, it will inhibit the plant’s ability to photosynthesize. Between draining the plant of its nutrient exchanging sap and interrupting its ability to photosynthesize, coccid soft scale can kill a plant.

So what are coccid scales, exactly? Tiny, female, coccid scale insects are carried on wind or crawl on a plant until they find a suitable feeding spot. They then begin to feed and become immobile. As they feed, they create a shell or scale-like shield over their body with a waxy substance that they produce.

When several of these scale covered insects are together on a plant, it can appear that the plant has reptile-like scales. While in its scale, the female coccid scale insect will lay eggs. One female can lay up to 2,000 eggs. They also produce a sticky honeydew that attracts ants and catches fungal spores, causing plants to also become infected by fungal diseases.