What Is Pyrethrum: What Are The Uses For Pyrethrum In Gardens 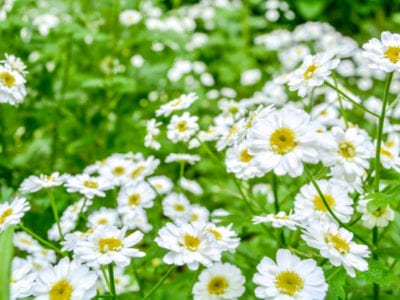 It’s fun to get on the Internet and research plant varieties and dream about the new things you’ll put in your garden, but have you ever really thought about the chemicals you’re using there already? Oftentimes, gardeners start using certain formulas because they were recommended by a friend or they claim to be natural or safe for organic gardens without giving them a second thought. Pyrethrum insecticide is one such natural chemical. You may wonder, “Where does pyrethrum come from?”. That answer may surprise you. Read on to learn more about this common garden chemical.

Pyrethrum is a chemical extract containing two active compounds, pyrethrin I and pyrethrin II. In these forms, the chemical is directly derived from several different species of chrysanthemum as well as the painted daisy. Anything you find in a garden center has probably been highly refined for garden use. There is another group with a similar name, the pyrethroids, which are derived from pyrethrum, but are in all ways synthetic and not necessarily approved for organic gardens.

Natural pyrethrum spray causes death in insects by disrupting the ion channels in their bodies, resulting in an electrical overload in their nervous systems. Although organic, these chemicals are not selective and will kill any insect that comes into contact with them, including beneficial insects like ladybugs, lacewings, and bees. Seventy-five percent of the chemical breaks down within 24 days in the soil, but may rapidly degrade when exposed to light or air.

Pyrethrum is a poison regardless of its organic status — it is very good at killing whatever insect it contacts. Because it breaks down rapidly when exposed to air and light, it can be applied in a way that shields beneficial insects from danger, but gardeners absolutely must use this chemical properly and only apply it during the late evening, night, or very early in the morning, before bees are out foraging.

When using pyrethrum, take the same precautions you would with any chemical. Do not overuse this chemical – run-off into water supplies is extremely dangerous to fish and other aquatic species. Parasitoids, such as parasitic wasps, and general insect predators are at a moderate risk from pyrethrum. It does appear to be fairly safe for mammals, based on rat studies, but the long-term exposure risks are unknown.