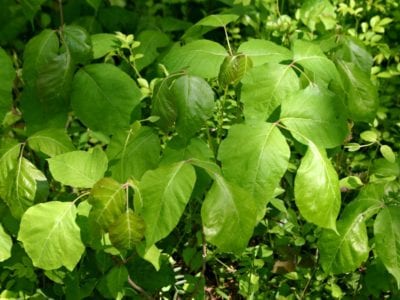 Vines can be amazing, but they also can be a nuisance in the garden. The rapid, excessive growth habit of these creepers isn’t such a great thing when they become killing vines in a hedge. Several types of vines strangle hedges. So, how to get rid of vines in hedges is an appropriate question. Unfortunately, there is no easy way to remove weedy vines in a hedge. It will require a two-pronged approach to rid a hedge covered with vines, both manual and chemical.

About Weedy Vines in a Hedge

In almost every region there exists pesky, invasive weedy vines that strangle hedges. Not only do hedges covered with vines look unsightly, but the vines compete with the hedge for light, water, and nutrients, often with the hedge plants losing the battle.

Some killing vines in hedges can pose a risk to the gardener. Greenbrier is an invasive, nasty creeper covered with stickers as is blackberry. Poison oak produces oil that causes irritating rashes when it comes into contact with skin. Other weedy vines in hedges can do damage to buildings. Take English ivy, for example, which clings to brick or wood surfaces damaging them as it grows.

It is no simple matter to clear a hedge covered with vines. Not only do the rampant creepers wind around every leaf and twig of the hedge, making them impossible to remove in their entirety by hand, but the use of chemical controls puts the hedge plants at risk. This is why both approaches are necessary when seeking to remove killing vines in a hedge.

How to Get Rid of Vines in a Hedge

The first step to ridding a hedge covered with vines is by hand. Before you do battle with the vines, arm yourself appropriately. Depending upon the type of vine, you may want to be covered from head to toe. At the very least, long sleeves and sturdy gloves should be worn prior to removing weedy vines in a hedge.

Start by clipping out as much of the vine as you can, following the vine down to the ground where it is growing. Prune the vine from the growing site, leaving a bit of the stem above ground. If you can get in to dig, dig the vine from the soil but be careful of the hedge plant’s roots.

If the vine is inaccessible for digging, fill a disposable, chemical-resistant container with ¼ cup (60 ml.) of concentrated herbicide that contains glyphosate. Dip a paintbrush into the undiluted herbicide and paint the stump of the invasive vine. Do this immediately after cutting the vine so the area hasn’t scarred over, and the herbicide can make its way into the root system. Refer to the manufacturer’s instructions for use.

Keep an eye on the hedge to make sure the vine doesn’t come back. It is easier to tackle weedy vines in hedges before they become large killing vines in hedges.