Kids And Nature: What Is Nature Deficit Disorder And How To Prevent It 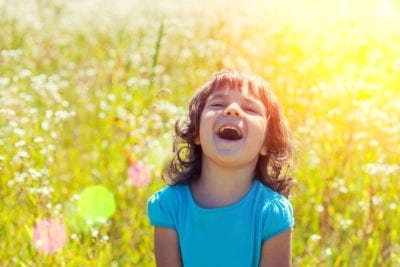 Gone are the days when leisure time for kids usually meant going outside getting into nature. Today, a child is far more likely to play games on smartphones or computers than run in the park or play kick-the-can in the backyard.

Read on for information about how a lack of nature injures kids and tips on how to prevent nature deficit disorder.

What is Nature Deficit Disorder?

Modern kids spend less and less time in the great outdoors, and the physical and emotional toll it is taking on their health is termed nature deficit disorder. When children aren’t exposed to nature, they lose interest in it and their curiosity about it. The effects of nature deficit disorder are detrimental and sadly very real.

This “disorder” is not a medical diagnosis but a term describing real consequences of too little nature in a child’s life. Research establishes that kids are physically and mentally healthier when they spend time in nature, including the garden.

When their lives are characterized by a lack of nature, the consequences are dire. The use of their senses diminishes, they have a hard time paying attention, tend to put on weight, and suffer from higher rates of physical and emotional illnesses.

In addition to the effects of nature deficit disorder on the health of a child, you have to factor in the effects on the future of the environment. Research shows that adults who identify themselves as environmentalists had transcendent experiences in the natural world. When children are not engaged with nature, they are not likely to take active steps as adults to preserve the natural world around them.

How to Prevent Nature Deficit Disorder

If you are wondering how to prevent nature deficit disorder in your children, you’ll be happy to hear that it is entirely possible. Kids provided with the chance to experience nature in any manner will interact and engage with it. The best way to get kids and nature together is for parents to reengage with the outdoors as well. Taking children out for hikes, to the beach, or on camping trips is a great way to start.

“Nature” doesn’t have to be pristine and wild to be beneficial. Those that live in cities can head to parks or even backyard gardens. For instance, you could start a vegetable garden with your kids or create a natural playground for them. Just sitting outdoors looking up at the clouds passing by or admiring a sunset can bring a sense of happiness and peace as well.