What Are Hydrogels: Learn About Water Crystals In Potting Soil 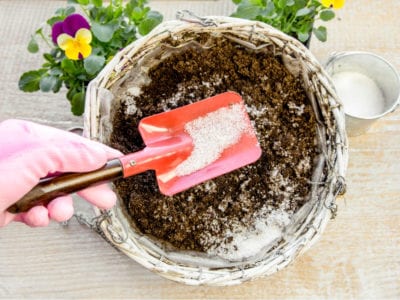 If you’re a home gardener who spends any time browsing in garden centers or on the Internet, you’ve probably seen products that contain water retention crystals, soil moisture crystals or moisture beads for soil, which are all just different terms for hydrogels. Questions that may come to mind are, “What are hydrogels?” and “Do water crystals in potting soil really work?” Read on to find out more.

Hydrogels are small chunks (or crystals) of man-made, water-absorbing polymers. The chunks are like sponges – they hold a tremendous amount of water in comparison to their size. The liquid is then released gradually into the soil. Various types of hydrogels are also used in a number of products, including bandages and wound dressings for burns. They are also what makes disposable baby diapers so absorbent.

Do water retention crystals actually help keep soil moist for longer periods? The answer is maybe – or maybe not, depending who you ask. Manufacturers claim the crystals hold 300 to 400 times their weight in liquid, that they conserve water by releasing moisture slowly to plant roots, and that they hold up for about three years.

On the other hand, horticultural experts at University of Arizona report that the crystals aren’t always effective and may actually interfere with the water-holding capability of the soil. The reality is probably somewhere in the middle.

You may find the crystals convenient for keeping potting soil moist while you’re away for a couple of days, and they may extend watering a day or two during hot, dry weather. Don’t expect hydrogels to serve as miracle solutions for extended periods of time, however.

Are Moisture Beads for Soil Safe?

Again, the answer is a resounding maybe, or maybe not. Some experts say that polymers are neurotoxins and they may be carcinogenic. It’s also a common belief that water crystals aren’t environmentally safe because the chemicals are leached into the soil.

When it comes to water retention crystals, they are probably convenient, effective, and relatively safe for short periods, but you may choose not to use them on a long-term basis. Only you can decide if you want to use soil moisture crystals in your potting soil.