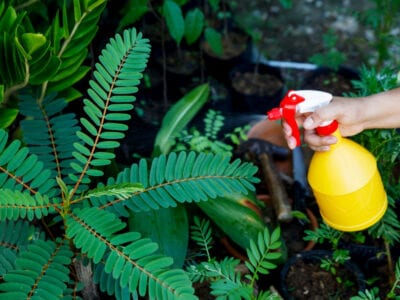 Plants can be susceptible to a variety of pathogens, and just like a cold in a school group of children, be rapidly passed, potentially infecting an entire crop. A newer method for controlling disease amidst greenhouse and other commercial crops is called soil biofungicide. What is a biofungicide and how do biofungicides work?

What is a Biofungicide?

A biofungicide is made up of beneficial fungi and bacteria that colonize and assail plant pathogens, thereby thwarting the diseases they cause. These microorganisms are commonly and naturally found in soil, making them an environmentally friendly alternative to chemical fungicides. Additionally, using biofungicides in gardens as an incorporated disease management program reduces the risk of pathogens becoming resistant to chemical fungicides.

How Do Biofungicides Work?

Biofungicides control other microorganisms in the four following ways:

When to Use a Biofungicide

It is important to know when to use a biofungicide. As explained above, introduction of a biofungicide will not “cure” an already infected plant. When using biofungicides in the garden, they must be applied before the onset of disease development. Early application protects the roots against attacking fungi and encourages vigorous development of root hairs. Biofungicides should always be used in conjunction with the basic cultural control of sanitation, which is the first line of defense for protection from disease.

Like any fungicide, the use of biological fungicide products should be applied according to the manufacturer’s instructions. Most biofungicides can be used by organic growers, are generally safer than chemical fungicides, and can be used in conjunction with fertilizers, rooting compounds, and insecticides.

Biofungicides have a shorter shelf life than their chemical counterparts and are not a cure-all for infected plants but rather a naturally occurring method for controlling disease prior to infection.