What Is A Posy: Tips On Creating A Posy Plant Garden 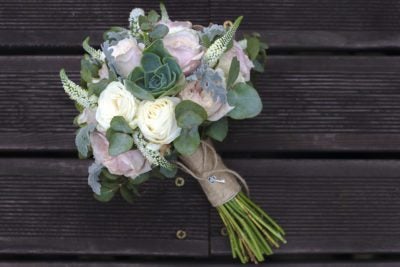 We’ve all heard the verse: “Ring around the Rosey, pocket full of posey…” Chances are, you sang this nursery rhyme as a child and perhaps sang it again to your own children. This well-known children’s verse originated in England in the 1700s, and though there are some dark theories about its original meaning, it is still as popular with children today as it ever was. Have you ever questioned, exactly what is a posy (or posey)? Continue reading to learn the answer, as well as how you can create a posy plant garden of your own.

What is a Posy?

Also called nosegays or tussie-mussies, posies are small bouquets of flowers that have been popular since medieval times. In the Victorian era, posies were created with very specific flowers that, according to the Victorian language of flowers, had special meanings and were given to people to convey messages. For example, if a man wanted to tell a woman that he loved her, he might give her a simple bouquet, or posy, of roses, chrysanthemums, and red or pink carnations. All of these expressed love in the Victorian language of flowers.

Posies were not just given for love or dedication though. Depending on the flowers, they could convey all sorts of messages. The woman receiving a posy conveying a man’s love could reply with a posy made up of candytuft and yellow carnations, which basically meant she was just not that into him.

These days, posies have made a comeback and regained popularity as simple, elegant wedding bouquets. Traditionally, wedding posies were created in a dome shape, with flowers placed in circular patterns, the circles representing never-ending love. These posies were then held together with a lacy doily and a ribbon in a suitable color to convey its message. Today, craft stores sell posy holders that you can simply arrange your selected flowers in.

Creating a posy plant garden is as simple as picking out and growing your favorite cut flowers in the existing landscape, a designated posy bed, or in decorative pots.

When you want to make a simple posy to let someone know he or she is in your thoughts, just go out and snip the desired blooms. Common flowers for posy bouquets are:

A cutting garden can easily double as a posy garden, as many of the same flowers would be used in any type of floral craft.