Earthworms In Soil: Learn About The Benefits Of Garden Worms 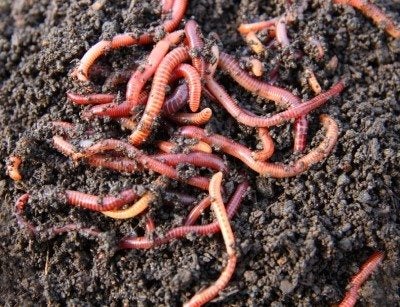 Worms play an important part in soil construction and recycling of organic waste. They are a part of a network of organisms that turn refuse into nutrient rich soil. These nutrients are one of the benefits of garden worms to plant growth. Worms in gardens also perform cultivation functions that increase soil porosity and allow oxygen to get into roots. Encourage earthworms in soil or even try worm composting to experience the life-giving effects of worm castings.

Worms tunnel in soil and eat organic matter, which they excrete as castings. Worms abound in soils that are around 70 degrees Fahrenheit (21 C.). Any extremes of cold, heat or moisture are not good for worm activity. Worms in gardens are most active when soil is moderately warm and moist.

Their tunneling behavior accentuates the percolation of water into the soil. They also loosen soil so oxygen and aerobic bacteria can get into plant roots. Looser soils also allow plant roots to penetrate deeper and access more resources, which in turn builds bigger, healthier plants. One of the biggest benefits of garden worms is their ability to turn garbage into fertilizer.

Worms in Gardens and Lawn Areas

The fertilizer the worms provide is also called castings. Technically, this is worm poop, derived from their processing of organic waste. The castings are excellent sources of nutrients for plants, but may pose a nuisance in yards.

This is a form of worm composting. Earthworms in grass leave casting hills, or mounds, that are visually unappealing and may pose a trip hazard. The benefits of garden worms far outweigh this minor inconvenience, however. Consider that if there are 5,000 worms in an acre of soil, they can produce 50 tons of beneficial castings.

Avoid deep tilling to prevent damage to permanent earthworm burrows. “Feed” your worms by providing layers of organic munchies for them to eat. These might be grass clippings, leaf litter or other natural compostable items.

Do not use pesticides, which can kill entire populations of worms in gardens. You can also transplant a couple of shovels full of soil laden with worms to areas with few of the organisms. They will soon populate the area. Worm eggs are also available at some nurseries and online. Vermicomposting will also encourage these beneficial creatures to the garden.

You can use these recycling abilities on your kitchen scraps. Red wigglers and redworms are the organisms of choice for worm composting, also known as vermicomposting, which is done in a bin. Earthworms aren’t a good choice – they are diggers and will try to get out. Placid red wigglers will turn your kitchen scraps into compost quickly and also provide compost tea for plants that need extra babying.

Line a bin with newspaper or shredded organic material and layer in good quality compost. Add finely cut kitchen scraps, add worms, and cover with a light dusting of soil. Keep the compost lightly moist and put a lid on with air holes punched in for the worms. As they compost the scraps, scrape finished product to one side and add more. This small set up provides similar earthworm benefits, but on a small scale.

Learn more about the benefits of earthworms by watching this video:
https://www.youtube.com/watch?v=Ry-9F87cGJs