Vermicomposting Do’s And Don’ts: Care And Feeding Of Worms 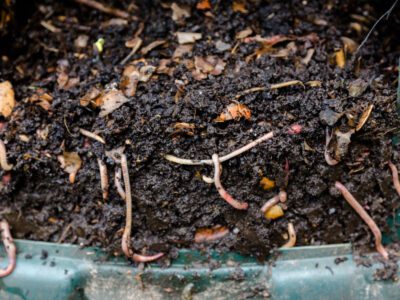 Vermicomposting is an environmentally friendly way of reducing food scrap waste with the added boon of creating nutritious, rich compost for the garden. One pound of worms (about 1,000 worms) will eat about ½ to 1 pound (0.25-0.5 kg.) of food scraps per day. It’s important to know what to feed worms, the vermicomposting do’s and don’ts, and how to feed composting worms.

Care and Feeding of Worms

Worms love to eat and spend most of their time doing so. Just like you and I, worms have culinary likes and dislikes. So what to feed worms and what should you avoid putting in the worm bin?

What to Feed Worms

Of the vermicomposting do’s and don’ts, veggies and fruits are a resounding “DO.” Worms will eat any of the following:

However, it is best to avoid putting citrus, onions, and garlic in the worm bin. Onions and garlic will eventually be broken down by worms, but the odor in the interim may be more than you can handle! Citrus pulp or any highly acidic fruit added to the worm bin in large quantities can kill off your worms, so be aware and only add small amounts or just add the citrus peels without the pulp.

When vermiculture feeding, basically go “green.” Worms will eat almost anything that you would put in a traditional compost bin such as coffee grounds, crushed eggshells, plant waste, and tea leaves. “Green” additions are nitrogen-based, but the worm bin also needs “browns” or carbon-based items such as shredded newspaper, copy paper, egg cartons, and cardboard.

Some “DON’TS” in the feeding of worms are:

Worms will eat tomatoes but make sure to break down the seed or you will likely have some tomato sprouts in the bin. No big deal, however, as you can just pull them out. The same may occur with potatoes and their eyes spouting before the potato is consumed. Meat and dairy are “don’ts,” as they tend to smell quite rancid before they break down completely. Also, they attract pests such as fruit flies.

Don’t feed the worms pet waste or any “hot” manure. “Hot” manure is un-composted animal waste and its addition may result in heating the bin too much for the worms.

How to Feed Composting Worms

Be sure to chop larger pieces of fruit and vegetable into smaller pieces before vermiculture feeding. This aids in the decomposition process.

Depending on the size of your bin, feed the worms from once a week to every two days with about a cup (240 ml.) of food. You may want to keep a journal regarding how quickly your worms consume certain things so you can adjust timings, amounts, and varieties. A stinky worm bin may be an indicator of overfeeding. Rotate the areas of feeding in the bin to ensure all worms are getting fed and tuck the food 3 to 4 inches (8-10 cm.) under the bedding to thwart those pesky flies.

The best indicator of proper feeding is the condition of your worms and their increasing numbers. Proper care and feeding of the worms will reward you with rich soil for your garden, a smaller garbage can, and a hand in reducing the amount of waste in our landfills.