What Are Microbes: The Benefits Of Microbes In Soil 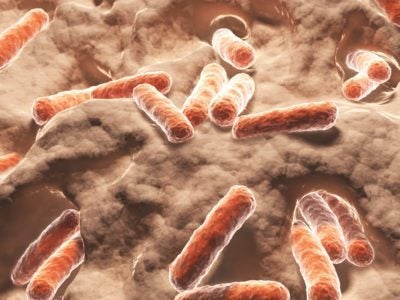 Farmers have known for years that microbes are critical for soil and plant health. Current research is revealing even more ways beneficial microbes help cultivated plants. Microbes in the soil and associated with plant roots provide a multitude of benefits, from improving the nutrient content of our crops to enhancing their resistance against diseases. Some soil microbes are even good for us too.

A microbe is usually defined as any living thing that is too small to be seen without a microscope. By this definition, “microbe” includes microscopic animals like nematodes along with single-celled organisms.

By an alternate definition, “microbe” means only single-celled living things; this includes microscopic members of all three domains of life: bacteria, archaea (also called “archaebacteria”), and eukaryotes (“protists”). Fungi are usually considered microbes, even though they can take single-celled or multicellular forms and produce both visible and microscopic parts above and below the ground.

Microbial life in soil includes living things in each of these groups. Huge numbers of bacterial and fungal cells live in soil along with smaller numbers of algae, other protists, and archaea. These organisms play important roles in the food web and nutrient cycling within soil. Soil as we know it would not even exist without them.

What Do Microbes Do?

Microbes in soil are extremely important for plant growth and for the functioning of ecosystems. Mycorrhizae are symbiotic partnerships between plant roots and specific soil fungi. The fungi grow in close association with the plant roots, and in some cases, they even grow partially within the plant’s own cells. Most cultivated and wild plants rely on these mycorrhizal associations to obtain nutrients and to defend themselves against disease-causing microbes.

Legume plants like beans, peas, clover, and locust trees partner with soil bacteria called rhizobia to extract nitrogen from the atmosphere. This process makes the nitrogen available for plant use, and eventually for animal use. Similar nitrogen-fixing partnerships form between other groups of plants and soil bacteria. Nitrogen is an essential plant nutrient, and within plants it becomes part of amino acids and then proteins. Globally, this is a major source of the protein that humans and other animals eat.

Other soil microbes help break down organic matter from dead plants and animals and incorporate it into the soil, which increases the soil’s organic content, improves soil structure, and helps plants thrive. Fungi and actinobacteria (bacteria with fungal-like growth habits) begin this process by breaking down larger and tougher materials, then other bacteria consume and incorporate smaller pieces. If you have a compost pile, you’ve seen this process in action.

Of course, there are also disease-causing soil-borne microbes that affect garden plants. Crop rotation and practices that encourage the growth of beneficial microbes can help suppress the survival of harmful bacteria, fungi, and nematodes in the soil.