Gravenstein Apple Trees – How To Grow Gravensteins At Home 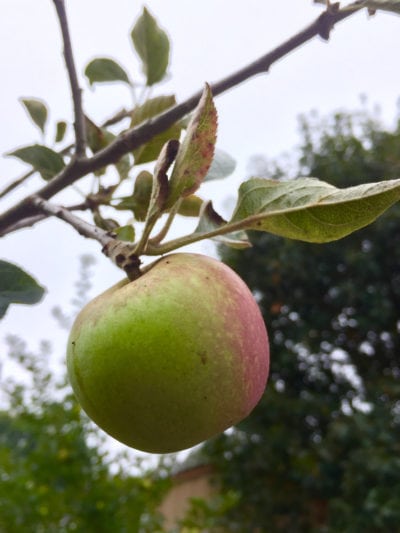 It probably wasn’t a true apple that tempted Eve, but who among us doesn’t love a crisp, ripe apple? Gravenstein apples are one of the more popular and a variety that has been cultivated since the 17th century. Gravenstein apple trees are perfect fruits for temperate regions and tolerate cold temperatures well. Growing Gravenstein apples in your landscape will allow you to enjoy the sweet-tart fruits freshly picked and eaten raw or enjoyed in recipes.

What is a Gravenstein Apple?

The Gravenstein apple history is long and storied as compared to many of the current apple varieties. It has a hold on the current market due to its versatility and depth of flavor. Much of the fruit is grown commercially in areas like Sonoma, California, but you can learn how to grow Gravensteins and have a ready supply of these tasty apples too.

This fruit has a remarkable tang combined with sweet flavor. The apples themselves are medium to large, round to oblong with flattened bottoms. They ripen to yellowish green with blushing on the base and crown. The flesh is creamy white and honey scented with a crisp, smooth texture. In addition to be eaten fresh out of hand, Gravensteins are perfect for cider, sauce, or dried fruits. They’re good in pies and jams too.

Trees thrive in light, sandy-loam soil where roots dig deeply and plants produce without much irrigation after establishment. Coastal moisture in the air contributes to the tree’s success even in drought plagued regions.

Harvested fruit only keeps for 2 to 3 weeks, so it is best to eat all you can fresh and then can the rest quickly.

Gravenstein apple trees once covered acres of Sonoma County, but much of it has been replaced with grape vineyards. The fruit has been declared a Heritage food, giving the apples a much needed boost in the marketplace.

The trees were discovered in 1797 but didn’t really become popular until the late 1800s when Nathaniel Griffith began to cultivate them for commercial use. Over time, the variety’s use spread in the western U.S., but it also was a favorite in Nova Scotia, Canada and other cool-temperate areas.

The trees may have originated in Denmark, but there is also a story that they were originally grown in the German estate of Duke Augustenberg. Wherever they hail from, Gravensteins are a late summer treat not to be missed.

How to Grow Gravensteins

Gravensteins are suited for USDA zones 2 to 9. They will need a pollinator such as Fuji, Gala, Red Delicious, or Empire. Select a location in full sun with well-draining soil and moderate fertility.

Plant the apple trees in a hole that has been dug twice as wide and deep as the spread of the roots. Water in well and provide average moisture while young trees establish.

Prune young trees to establish a sturdy scaffold to hold the heavy fruits.

Several diseases are possible when growing Gravenstein apples, among them fire blight, apple scab and powdery mildew. They are also prey to coddling moth damage but, in most cases, sticky traps can keep these pests away from your glorious fruit.