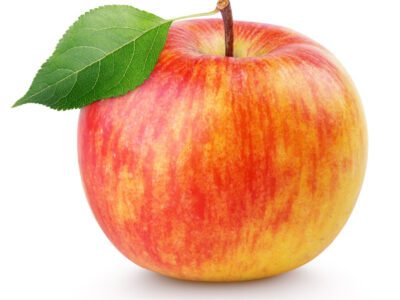 Apple sauce, hot apple pie, apples, and cheddar cheese. Getting hungry? Try growing a Pristine apple and enjoy all of this from your own garden. Pristine apples have a long storage life and become ready early in the season. It’s a fairly young cultivar from the 1970’s that was introduced as the result of trials at Purdue University. Some tips on how to grow Pristine apples will have you enjoying the crisp, tangy flavor of the fruit in just a few years.

Pristine apple trees produce outstanding fruit with good disease and pest resistance. The plants are the result of an early breeding experiment with ‘Camuzat’ as the seed and ‘Co-op 10’ providing the pollen. The fruits are beautiful, medium to large apples with almost perfect golden skin.

Pristine apple trees were introduced in 1974 and originally called ‘Co-op 32.’ This is because the variety was developed with the cooperation of the New Jersey, Illinois, and Indiana breeding stations and was likely the 32nd cross. When it came to the public eye in 1982, the name was changed to Pristine as a remark on its smooth, unblemished appearance. Also, the letters “pri” in the name are a nod to the breeding partners Purdue, Rutgers, and Illinois.

How to Grow Pristine Apples

Pristine trees are available in standard, semi-dwarf, and dwarf. A pollinating partner is needed when growing a Pristine apple. Cortland, Gala, or Jonathan work well.

Site trees in full sun in well-draining, fertile loam with a pH of 6.0 to 7.0. Dig holes twice as deep and wide as the roots. Soak bare root trees in water for up to two hours prior to planting. Plant grafted trees with the graft above the soil. Firm soil well around the roots and water in well.

Once they are mature, apple trees are fairly easy to care for. Prune them annually when dormant to remove dead or diseased wood and promote horizontal branches and air circulation. Every ten years, remove old fruiting spurs to make way for new ones.

Fertilize apple trees in early spring. Trees in regions prone to fungal disease will need copper fungicide applied early in the season. Use sticky traps for many apple pests and horticultural oil, sprays such as neem, for others.

Harvest Pristine just as it gets a full golden color with no trace of yellow. Store the apples in a cool, dry location or in the refrigerator and enjoy these tasty fruits for weeks.