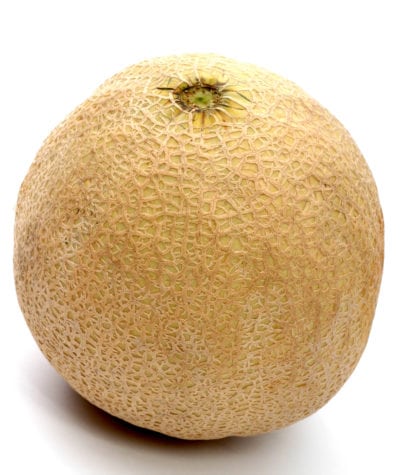 Athena melon plants are the most common melons grown both commercially and in the home garden. What is an Athena melon? Athena melon fruit are cantaloupe hybrids prized for their consistent early yields as well as for their ability to store and ship well. Interested in growing Athena melons? Read on to learn about the growing and care of Athena melons.

What is an Athena Melon?

Athena melon plants are hybrid cantaloupes grown in the Eastern United States. True cantaloupes are rather warty fruit that is mostly grown in Europe. The cantaloupe we grow in the United States is a rather generic name for all netted, musky melons – aka muskmelons.

Athena melons are part of the Reticulatus group of melons known for their netted skin. They are alternately referred to as cantaloupe or muskmelon depending upon region. When these melons are ripe, they slip easily from the vine and have an ambrosial aroma. Athena melon fruit are oval, yellow to orange, early maturing melons with a coarse netting and firm, yellow-orange flesh. The average weight of these melons is around 5-6 pounds (2 plus kg.).

Athena melon fruit is ready to harvest about 75 days from transplanting or 85 days from direct sowing and can be grown in USDA zones 3-9. Athena can be started inside or directly sown 1-2 weeks after the last frost for your regions when soil temperatures have warmed to at least 70 F. (21 C.). Plant three seeds 18 inches (46 cm.) apart and half an inch (1 cm.) deep.

If starting seeds indoors, sow in cell plug trays or peat pots in late April or one month prior to transplanting outside. Plant three seeds per cell or pot. Be sure to keep the germinating seeds at least 80 F. (27 C.). Keep the seed bed or pots consistently moist but not saturated. Thin the seedlings when they have their first set of leaves. Cut the weakest looking seedlings with scissors, leaving the halest seedling to transplant.

Prior to transplanting, reduce the amount of water and temperature the seedlings receive to harden them off. Transplant them 18 inches (46 cm.) apart in rows that are 6 inches (15 cm.) apart.

If you are in a northern region, you may want to think about growing Athena melons in row covers to keep them consistently warm, which will elicit earlier crops with higher yields. Row covers also protect young plants form insects such as cucumber beetles. Remove the row covers when the plants have female flowers so they are available for pollination.

Athena cantaloupe will easily slip from the vine when ripe; they will not ripen off the vine. Pick Athena melons in the cool of the morning and then refrigerate them immediately.

Printer Friendly Version
Read more about Cantaloupe
<PreviousNext>
Did you find this helpful? Share it with your friends!
FacebookTweetPinEmail
Related Articles
Newest Articles
You might also like…
Additional Help & Information