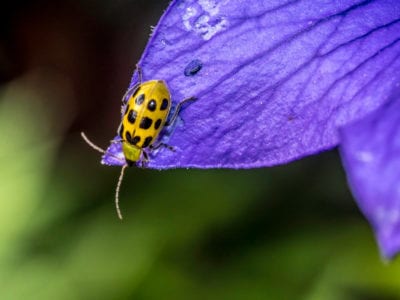 Controlling cucumber beetles is important for your garden if you grow cucumbers, melons, or squash. Damage from cucumber beetles can devastate these plants, but with a little cucumber beetle control, you can keep this harmful pests from destroying your cucumber and cucurbit crops.

Cucumber beetles actually come in two varieties. While the two varieties look different, their damage is the same. 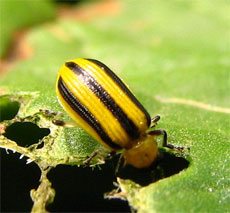 Image by carol2chat Cucumber beetles will eat the leaves, flowers, and fruit of bean, cucumber, melon, asparagus, corn, eggplant, and squash plants and their larva will chew on the roots of these plants. While there is some damage from this to the plants, the real reason that cucumber beetle control is important to a garden is because cucumber beetles are carriers of cucumber bacterial wilt and cucumber mosaic, which affects squash, melons, and cucumbers. They affect cucumbers the most.

How to Deter Cucumber Beetles

How to Kill Cucumber Beetles

Since cucumber beetles overwinter in wood and are difficult to eliminate through simple garden cleanliness, simply deterring cucumber beetles may not be an option if your garden is already infested with these pests.