Controlling Quince Rust – How To Get Rid Of Quince Tree Rust 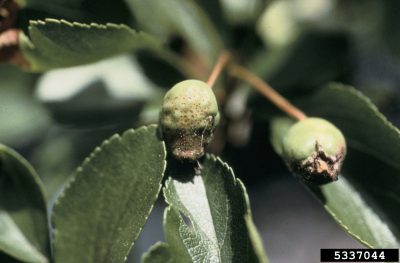 Quince tree leaf rust sounds like a disease that would create problems for quince trees in your garden. In fact, it is better known as a disease that attacks apples, pears, and even hawthorn trees. If you want to learn more about how to get rid of quince tree rust, read on.

What is Quince Tree Leaf Rust?

Quince rust is caused by the fungus Gymnosporangium clavipes. Although it is called quince tree leaf rust, it doesn’t do much damage to the leaves of fruit trees. It attacks the fruit. So, if you are worried about this disease, don’t look for the rust on quince leaves. Most of the symptoms are on the fruit. You may also see some on the twigs.

The quince rust fungus requires both a juniper/cedar and pomaceous host. Pomaceous hosts include apple, crabapple, or hawthorn trees, and these are the plants that will suffer most.

When you set out to start controlling quince rust, understand the symptoms to look for. While you may see a few traces of rust on quince leaves and apple leaves, the fungus always causes fruit to be stunted or killed off.

The question of how to get rid of quince tree rust begins with eliminating parts of the trees that are infected. Look for misshapen fruit with lesions, both on the tree and on the ground beneath it. Gather and remove these for disposal. You may see little cup-like structures producing orange spores on the fruits. These also appear on the juniper/cedar hosts.

You will also find twigs and petioles that have cankers and are dead or distorted. As part of quince rust treatment, you need to get rid of these too. Cut off all infected wood and burn or remove it.

There are other steps you can take towards controlling quince rust. One step is to avoid planting the two hosts together. That is, don’t plant apple or quince trees near juniper/cedar hosts.