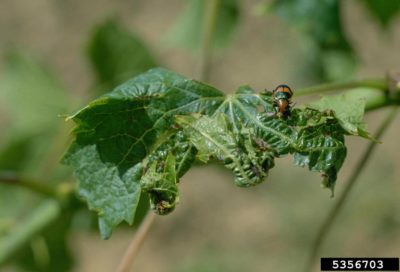 Grapevine leafroll virus is a complex disease and a destructive one. Nearly 60 percent of crop losses in grapevines around the world each year are attributed to this disease. It is present in all grape-growing regions of the world and can impact any cultivar or rootstock. If you grow grapevines, you need to be aware of leafroll and what you can do about it.

What is Grapevine Leafroll?

Leafroll of grapes is a viral disease that is complicated and difficult to identify. The symptoms are not always obvious until well into the growing season, but sometimes there are no visible symptoms that a grower can recognize. Other diseases cause symptoms that may be just like those of leafroll, complicating the situation even more.

Symptoms are more prominent in red grapes. Many white grape varieties show no signs at all. The symptoms can also vary by the age of the vines, the environment, and the grapevine variety. One of the most common signs of leafroll is the rolling, or cupping, of the leaves. On red grapevines, the leaves may also turn red in the fall, while the veins remain green.

Vines affected by the disease are also generally less vigorous. The fruit may develop late and be of poor quality with reduced sugar content. The overall yield of fruit on infected vines is usually significantly reduced.

Grapevine leafroll virus is transmitted largely by infected plant material, such as using pruning tools an infected vine and then a healthy vine. There may be some transmission through mealybugs and soft scale as well.

Leafroll control, once the disease is established, is challenging. There is no treatment. Tools used on vines should be disinfected with bleach to prevent spread of the virus.

The only way to make sure that grapevine leafroll stays out of your vineyard is to use only certified, clean vines. Any vines you put in your yard and garden should have been tested for the virus, among others. Once the virus is in a vineyard, it is impossible to eliminate it without destroying the vines.