Plants For French Cuisine – Growing French Vegetables In Your Garden 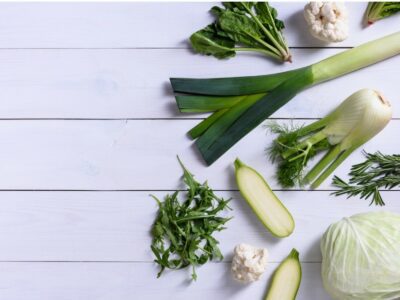 The French are known for their delectable cuisine. In France, people take food seriously and often grow their own. A French potager is just a fancy way of saying kitchen garden. In order to create your own, plant French herbs and vegetables from France. In no time you will be able to say bon appétit as you serve your family.

Developing a true French potager is no different from any other garden, but you should include some classic French vegetables. There are many plants for French cuisine, as the country has a diverse palate and gastronomic adventure. The true French chefs focus on the country’s local cuisine, which must be as fresh as possible. To emulate their work, having your own plants for French cooking will bring in country grown feel to traditional recipes.

Among the best plants for French cuisine are herbs. Without herbs you cannot sample the true flavors of a Franco recipe. A bouquet garni is an herb combination used to flavor many dishes. It is usually comprised of bay leaf, thyme and parsley, but it can also include other herbs such as rosemary that would benefit the dish. It is a tied bundle of the herbs added to soups, stews or sauces, or you can place the herbs in cheese cloth and let them steep in the dish. Other herbs needed in French cooking might be tansy, chervil, savory, lavender, sage, rue, oregano, and fennel.

France is known for its regions, each having its own specialty. You can see this with its wines and cheeses, but also its vegetables. While standard forms are available, certain cultivars are grown in defined places and are often award winners. When purchasing these varieties they may be marked with AOC (Appelation d’Origine Controlee). This is a special honor for outstanding quality, flavor, and appearance.

Other Plants for the Potager

In addition to French vegetables and herbs, a potager will also sport flowers and other plants. Flowers fill in spaces, beautify the garden, and provide decor for the dining table. They are also often eaten and used as garnish. Edible plants like nasturtium, violet, calendula, marigold, lavender and sweet peas add flavor and color to dishes.

The potager is a rather informal garden which can also include fruit trees and bushes. All the plants for French cooking that you will need should fill the garden and be easy to access.

Printer Friendly Version
Read more about Orange Trees
<Previous
Did you find this helpful? Share it with your friends!
FacebookTweetPinEmail
Related Articles
Newest Articles
You might also like…
Additional Help & Information