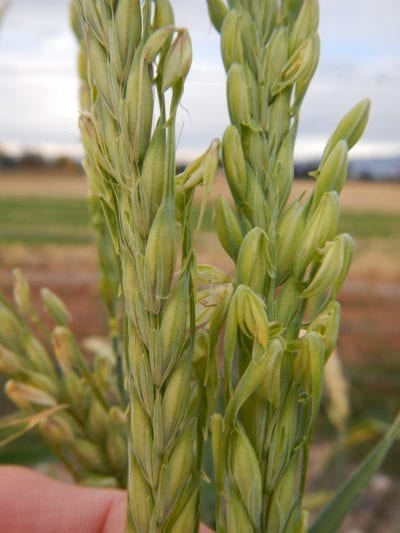 For many growers, the process of expanding their garden to include unique and interesting crops is an exciting one. This is especially true for gardeners who wish to expand their hobbies to make use of fresh, homegrown ingredients, as is often the case for experienced home brewers and beer enthusiasts. Although labor intensive, the process of growing grains, such as 2-row malting barley for use in home brewing, is one that can be extremely rewarding.

What is 2-Row Barley?

Commonly referred to as 2-row malting barley, 2-row barley plants are the most common type of barley used for brewing beer. European brewers, specifically, emphasize its use due to the large kernel sizes produced by the plants. This type of barley is extremely easy to identify, as evidenced by the growth arrangement on the seed head.

Seed heads of this barley are neatly organized, with two distinct rows of seed growing down the entire length. This uniformity is especially helpful for processing and grinding of the barley.

Growing 2-row barley for beer is done for many reasons. Traditionally, European growers emphasize the use of only 2-row barley in beers, as other types are often regarded as being better grown for livestock. In addition to its uniformity, the larger barley kernels allow for easier production of sugar for the beer making process.

Growing barley is a relatively simple process. Though a small crop, the process of growing barley at home does not necessarily require large amounts of space to produce a usable harvest. First and foremost, growers will need to select a variety that will grow well in their own gardens. While some types may be more cold tolerant than others, it is imperative to choose a type which will thrive in your home garden climate.

To sow barley, broadcast the seeds in a well-draining location that receives direct sunlight. Gently rake the seeds into the soil and water well. Keep the soil moist until germination occurs. In some areas, plantings may need to be lightly covered with straw in order to prevent the seeds from being eaten by birds and other garden pests.

Beyond planting, barley requires little care or attention from gardeners.