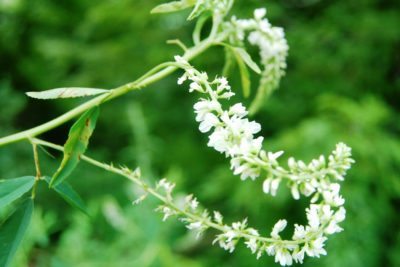 Growing white sweetclover is not difficult. This weedy legume grows readily in a lot of conditions, and while some may see it as a weed, others use it for its benefits. You can grow white sweetclover as a cover crop, to make hay or pasture for livestock, to break up hardpan, or to enrich the nutrient content of your soil.

What is white sweetclover? White sweetclover (Melilotus alba) is a legume that is biennial and often used in farming. The plant has a big root system and deep taproots. Although it is called a clover, this plant is more closely related to alfalfa. White sweetclover will grow to about three to five feet (1 to 1.5 m.) in height, and the taproot extends nearly as deep into the soil. As a biennial, white sweetclover produces white flower stalks every two years.

Reasons to grow white sweetclover include using it for hay and pasture. If you keep any livestock, this is a great plant for your pasture and for making hay for winter feed. As a legume it can fix nitrogen to the soil, so white sweetclover is also a popular cover crop and green manure plant. You can grow it in your garden between seasons and then till it into the soil to increase nutrient content and to improve the structure of the soil. The long taproots break up soil that is hard and compact.

How to Grow White Sweetclover

While some people consider white sweetclover to be a weed, others grow it for pasture, tillage, cover, and green manure. White sweetclover benefits may suit your garden, and if so, you can grow it easily.

It tolerates a variety of soils, from clay to sandy, and will also grow in a pH environment from six to eight. Thanks to its big taproot, white sweetclover will also tolerate drought well once it has become established. Until then, water regularly.