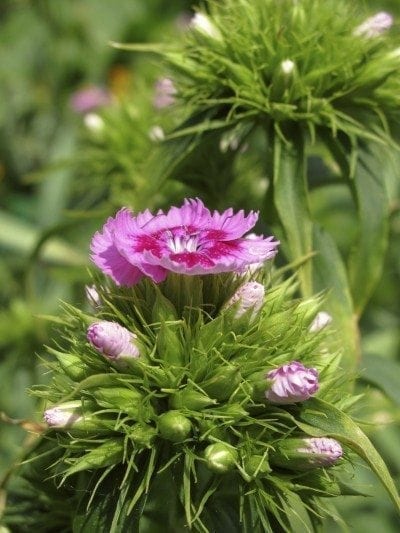 One way to categorize plants is by the length of the plant’s life cycle. The three terms annual, biennial, and perennial are most commonly used to classify plants due to their life cycle and bloom time. Annual and perennial are fairly self-explanatory, but what does biennial mean? Read on to find out.

What Does Biennial Mean?

So what are biennial plants? The term biennial is in reference to the plant’s longevity. Annual plants live just one growing season, performing their entire life cycle, from seed to flower, in this short period of time. Only the dormant seed is left to cross over into the next growing season.

Perennial plants live three years or more. Usually, the top foliage dies back to the ground each winter and then regrows the successive spring from the existing root system.

Basically, biennials in the garden are flowering plants that have a two-year biological cycle. Biennial plant growth begins with seeds that produce the root structure, stems, and leaves (as well as food storage organs) during the first growing season. A short stem and low basal rosette of leaves form and remain through the winter months.

Some biennials require vernalization or cold treatment before they will bloom. Flowering may also be brought about by the application of gibberellins plant hormones but is rarely done in commercial settings.

When vernalization occurs, a biennial plant may complete its entire life cycle, from germination to seed production, in one short growing season — three or four months instead of two years. This most commonly affects some vegetable or flower seedlings that were exposed to cold temperatures before they were planted in the garden.

Other than cold temperatures, extremes such as drought can shorten the biennial’s life cycle and compress two seasons into a year. Some regions may then, typically, treat biennials as annuals. What may be grown as a biennial in Portland, Oregon, for example, with a fairly temperate climate, would likely be treated as an annual in Portland, Maine, which has far more severe temperature extremes.

Biennials in the Garden

There are many fewer biennials than perennial or annual plants, with most of them being types of vegetables. Keep in mind that those biennials, whose purpose is for flowers, fruits, or seeds, need to be grown for two years. Climatic conditions in your area which are unseasonably cold, with lengthy periods of frost or cold snaps, affect whether the plant will be a biennial or an annual, or even if a perennial appears to be a biennial.

Examples of biennials include:

Today, plant breeding has resulted in several annual cultivars of some biennials that will flower in their first year (like foxglove and stock).