Fennel Vs Anise: What’s The Difference Between Anise And Fennel 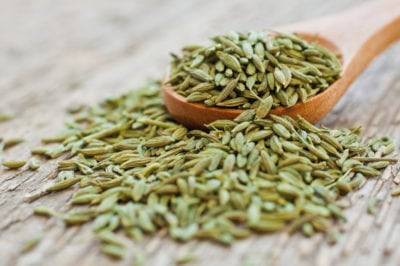 If you’re a cook who loves the flavor of black licorice, you no doubt commonly use fennel and/or anise seed in your culinary masterpieces. Many cooks use them interchangeably and may find them under either or both names in some grocers. But are anise and fennel the same? If there is a difference between anise and fennel, what is it?

Are Anise and Fennel the Same?

While both fennel (Foeniculum vulgare) and anise (Pimpinella anisum) are native to the Mediterranean and both are from the same family, Apiaceae, there is, indeed, a difference. Sure, they both have a licorice flavor profile similar to tarragon or star anise (no relation to P. anisum), but they are completely different plants.

Anise is an annual and fennel is a perennial. They both are used for their licorice flavor, which comes from the essential oil called anethole found in their seeds. As mentioned, many cooks use them fairly interchangeably, but there really is a difference in taste when it comes to fennel vs. anise.

Anise seed is the more pungent of the two. It is often used in Chinese five spice powder and Indian panch phoran and imparts a heavier licorice flavor than fennel. Fennel also has a licorice flavor, but one that is less sweet and not as intense. If you use fennel seed in a recipe that calls for the use of anise, you just may need to use a little more of it to get the correct flavor profile.

Other Anise and Fennel Differences

Fennel seeds come from a bulbing plant (Florence fennel) that is eaten as a vegetable. In fact, the entirety of the plant, seed, fronds, greens, and bulb are edible. Anise seed comes from a bush that is grown specifically for the seed; no other part of the plant is eaten. So, the difference between anise and fennel is actually pretty major.

That said, are anise and fennel differences enough to clarify the use of one or the other; that is, using fennel or anise in a recipe? Well, it really depends on the cook and the cuisine. If you are cooking and the recipe calls for greens or bulb, the clear choice is fennel.

Anise is the better option for sweets such as biscotti or pizzelle. Fennel, with its milder licorice flavor, also has a slightly woody flavor and, thus, works well in marinara sauce and other savory dishes. Anise seed, just to confuse the issue, is an entirely different spice, albeit with a licorice essence that comes from an evergreen tree and features prominently in many Asian cuisines.