Growing Tarragon In The Herb Garden 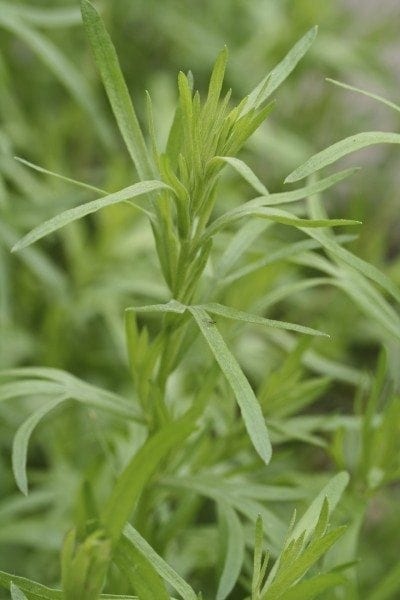 While it’s not particularly attractive, tarragon (Artemisia dracunculus) is a hardy herb commonly grown for its aromatic leaves and peppery-like flavor, which is used for flavoring many dishes and is especially popular for flavoring vinegar.

Although tarragon is best grown from seedlings, cuttings, or divisions, some varieties can be propagated from seeds. Growing tarragon can add a sophisticated herb to your garden.

Tarragon seeds should be started indoors around April or before your area’s last expected frost. It’s usually easier to sow about four to six seeds per pot using moist, composted potting soil. Cover the seeds lightly and keep them in low light at room temperature. Once seedlings begin to sprout or reach a couple inches (7.5 cm.) tall, they can be thinned down to one plant per pot, preferably the healthiest or strongest looking.

Seedlings can be transplanted outdoors once temperatures have significantly warmed. Tarragon herb plants should be grown in areas receiving full sun. Space tarragon plants approximately 18 to 24 inches (45-60 cm.) apart to ensure adequate air circulation as well. They should also be located in well-drained, fertile soil.

However, these hardy plants will tolerate and even thrive in areas having poor, dry, or sandy soil. Tarragon has a vigorous root system, making it quite tolerant of arid conditions. Established plants do not require frequent watering, outside of extreme drought. Applying a generous layer of mulch in fall will help the plants throughout winter too. Tarragon can also be grown year round indoors as houseplants or in the greenhouse.

You can harvest both the leaves and flowers of tarragon herb plants. Harvesting usually takes place in late summer. While best used fresh, tarragon plants can be frozen or dried until ready for use. Plants should be divided every three to five years as well.

Printer Friendly Version
Read more about Tarragon
Next>
Did you find this helpful? Share it with your friends!
FacebookTweetPinEmail
Related Articles
Newest Articles
You might also like…
Additional Help & Information