Bolting Cilantro – Why Does Cilantro Bolt And How To Stop It 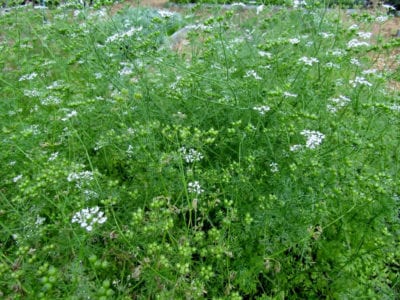 Cilantro bolting is one of the most frustrating things about this popular herb. Many gardeners ask, “Why does cilantro bolt?” and “How can I keep cilantro from flowering?” With attention to the environment you grow cilantro in, you can help lengthen the amount of time before cilantro will bolt and, therefore, increase the amount of time you can harvest leaves from your cilantro plants.

What to Do When Cilantro Bolts

Instead, go ahead and let the cilantro flowers go to seed. The seeds of the cilantro plant are the spice coriander and can be used in Asian, Indian, Mexican, and many other ethnic recipes.

Why Does Cilantro Bolt?

Cilantro grows best in cool, moist conditions and will bolt rapidly in hot weather. This a survival mechanism for the cilantro plant. The plant knows that it will die in hot weather and will try to produce seeds as quickly as possible to ensure that the next generation of cilantro will survive and grow.

How to Keep Cilantro from Bolting

The first thing to understand is that there is no true way to keep cilantro from bolting. Plants are designed to do one thing and that is to reproduce. You are fighting nature. But there are several things you can do to significantly lengthen the time before the cilantro plant produces flowers.