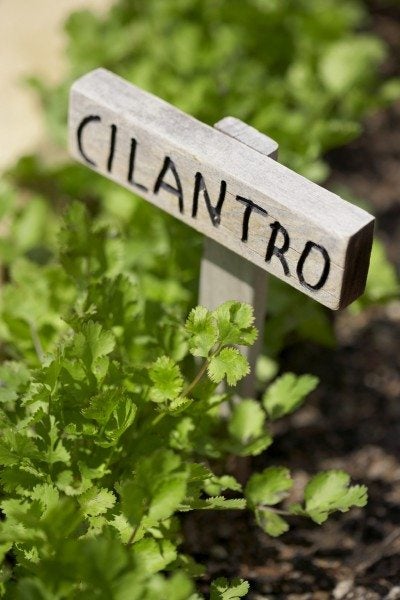 Just as some folks pronounce certain words in different ways, we all experience a disparate taste to some foods, particularly cilantro. It seems there are no two ways about it; you either love cilantro’s flavor or you hate it, and many people say cilantro tastes like soap. So the question is, does your cilantro taste like soap and if so, what are the reasons why cilantro tastes soapy?

While this difference in preferences only requires the omission of cilantro from any of the meals I serve to my Mom (grumble, grumble), it really does make me wonder why cilantro tastes like soap to her but not to me.

Coriandrum sativum, known as either cilantro or coriander, contains several aldehydes in its leafy foliage. A description of “soapy tasting cilantro” is the result of the presence of these aldehydes. Aldehydes are chemical compounds produced when making soap, which some folks describe cilantro as tasting akin to, as well as by some insects, like stink bugs.

Our interpretation of how cilantro tastes is somewhat genetic. A description of soapy tasting versus pleasant can be attributed to two olfactory receptor genes. This was discovered by comparing the genetic code of tens of thousands of individuals who either liked or disliked the flavor of cilantro. Despite this compelling data, it was also found that carrying the gene did not necessarily result in disliking cilantro. Here, nature versus nurture comes into play. If you have been routinely exposed to cilantro in your diet, chances are good that gene or no, you have acclimated to the flavor.

The leafy green portion of the coriander plants, cilantro is a delicate widely used herb in cuisines around the globe — just not in my Mom’s house. Since it is a delicate herb, most recipes call for using it fresh to maximize the bright aroma and flavor. It’s possible for many people to begin to tolerate, or even enjoy, the flavor of cilantro where previously it tasted of soap.

If you want to “turn” the taste buds of a cilantro hater, try crushing the tender leaves. By bruising the leaves via mincing, crushing, or pulverizing, enzymes are released which break down the aldehydes that are an affront to some. Cooking will also reduce the offensive flavor, again by breaking down the aldehydes and allowing other, more pleasant, aromatic compounds to shine.