Getting Rid Of Stink Bugs – How To Kill Stink Bugs 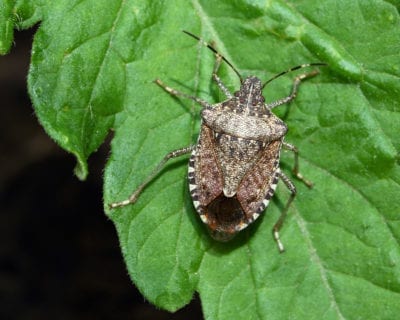 Stink bugs are commonly found throughout the United States in gardens and occasionally the home. They get their name from a natural defense mechanism, which releases a stinky odor to deter predators. Since stink bugs often take up residence in areas flourishing with vegetation, stink bug control is sometimes necessary. Keep reading to learn more about the steps you can take for getting rid of stink bugs.

How to Get Rid of Stink Bugs

Once temperatures rise in spring, stink bugs begin to emerge from their winter hibernation. Females eventually begin laying their eggs on whatever plants are readily available. Both the larvae and adult stink bugs will then feed on plant juices but may also attack nearby fruits and vegetables like tomatoes, peppers, corn, beans, etc. Noticeable damage may appear as pin pricks surrounded by a yellow or green color. While a few stink bugs in the garden may not cause too much harm, many of them will quickly damage plants and crops.

While getting rid of stinkbugs can be difficult, there are some natural methods of removal, or at least deterrents, that can be employed before having to resort to chemicals.

Keep the garden and surrounding areas clean and free of debris. One of the first things you should do when getting rid of stink bugs is remove any nearby weeds or overgrowth, as they commonly use these for cover. Also, remove any hiding places like old boards, logs, etc.

Close off or seal any potential entryways. If stink bugs are a problem in the home, there are steps you can take to prevent their entry. Make sure that all doors and windows are shut or covered with screens. Many people have found success with rubbing their window screens with dryer sheets too– the more aromatic, the better– to repel these pests. Since they’re attracted to light, pulling shades or blinds closed may help at night. Fill any cracks or openings with caulking. In addition, the use of insect repellent around entryways may help deter these pests.

Use natural repellents in the garden. Since these pests feed and lay eggs on garden plants, you may want to try spraying them with a kaolin clay (mineral clay) solution as a method for stink bug control. This prevents the bugs from both laying eggs (as they won’t attach) and feeding on plants. It’s also safe for plants, including edible ones, and washes off easily. Additionally, you can try using pheromone sprays in areas outside your home’s perimeter to attract and lead stinkbugs away. Of course, this would only be a short-term solution. In the home, cedar sprays may help repel these pests.

Encourage beneficials to the garden. Stinkbugs actually have many natural enemies. You can limit their numbers by attracting these beneficial creatures to the area. Some of the most common enemies of stinkbugs include:

Consider planting trap plants. The use of decoy plants in and around the garden is a great way to lure stinkbugs away from your most prized garden plants. They will flock to the trap plants, which can then be removed (bugs and all), placed in a garbage bag, and left for a few days to ‘bake’ in the sun before disposing of them entirely. Plants that stinkbugs are especially fond of include:

Incorporate traps in and around the home. Just as with decoy plants, traps can be used to bait stinkbugs for removal. There are pheromone traps available that these pests will naturally be attracted to. Once inside the trap, they cannot get out and will eventually die. Place traps in trees/shrubs or other sturdy plants near the home or garden in early spring. Be sure to place them so both the top and bottom parts of the trap are in contact with the plant. This allows to stinkbug easy access into the trap but no escape once inside. Likewise, you can hang the traps from stakes every 20 to 30 feet (6-10 m.) around the perimeter of your garden.

Another method of removal some have found successful is taking damp towels and placing them over lawn chairs or porch railing overnight. By morning the towels are covered with stinkbugs and can then be dumped into a bucket of soapy water. In the home, use sticky traps (similar to those for roaches). These work well for getting rid of stinkbugs but keep in mind that they will need replacement often.

How to Kill Stink Bugs with Pesticides

There’s no getting around it. Sometimes after everything you’ve tried has failed, your only option for removal is with the use of pesticides. That being said, stink bug elimination is difficult since they are resistant to most common pesticides. Their waxy-like coating makes it hard for poisons to penetrate. However, there are a few options you can try.

Look for organic pesticide methods of stinkbug control first. These include:

Some people have also had luck with using homemade nicotine solutions for stink bug elimination. This is done by shredding about half a pack of cigarettes and dissolving them in warm water. After running this through a filter, add a little detergent to the liquid and pour it into a spray bottle. The poison can be sprayed on bugs to kill them.

Cypermethrin sprays can sometimes be effective and are easily degraded in soil as well as on plants. Large infestations, however, may require the help of a licensed pest controller specializing in the use of strong pesticides.

Learn how to make a stinkbug trap: