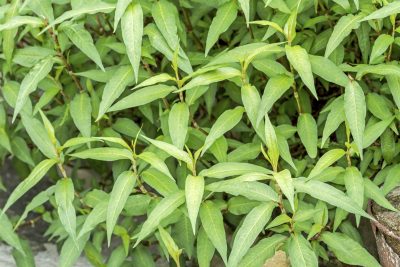 Vietnamese cilantro is a plant that’s native to southeast Asia, where its leaves are a very popular culinary ingredient. It has a taste similar to the cilantro normally grown in America, with the added bonus of being able to thrive in the summer heat. Keep reading to learn more about growing Vietnamese cilantro herbs.

In southeast Asian cooking, it’s actually more often used in the place of peppermint. It has a very strong, smoky flavor and, because of its strength, should be used in quantities about half that of cilantro.

The biggest benefit to growing Vietnamese cilantro over “regular” cilantro is its ability to take the summer heat. If your summers are at all hot, you’re likely to have trouble growing cilantro and keeping it from bolting. Vietnamese cilantro, on the other hand, loves hot weather and will grow straight through the summer.

The Vietnamese cilantro plant is so used to hot weather, in fact, that you might have trouble keeping it going outside of a tropical environment. It’s necessary to keep its soil moist at all times– allow it to dry out and it will wilt almost immediately.

It’s a low, creeping plant that will spread into groundcover if given enough time. It can’t handle temperatures below freezing, but if grown in a pot and brought inside under bright light for the winter, it can last for many seasons.

It grows best in filtered sunlight, but it can also handle bright sun in the morning and shade in the afternoon. It prefers a sheltered spot protected from the elements and lots of water.