Rust Spots On Bean Plants: How To Treat Rust Fungus On Beans 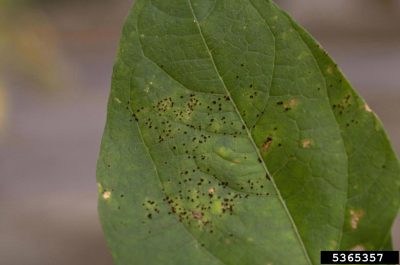 There is nothing more frustrating than putting your blood, sweat, and tears into creating a perfect vegetable garden, only to lose plants to pests and disease. While there is a lot of information available for blights that affect vegetable plants such as tomatoes and potatoes, fungal diseases of beans are not mentioned very often. This article will address what causes rust on bean plants and how to treat rust fungus on beans.

Rust spots on bean plants can look like a reddish brown powder. Sometimes these red-brown patches may have a yellow halo around them. Rust fungus can appear on the plant’s leaves, pods, shoots, or stems. A field of beans affected by rust fungus may look like it has been burned or badly scorched.

Like many other fungal diseases, rust spots on bean plants are spread by airborne spores. These spores infect the plant tissues then reproduce in hot, humid weather, making more spores. It is these new spores that appear as a reddish brown or rust colored powder on the plants.

Generally, these fungal spores are most abundant in the heat and humidity of summer months. In milder climates, where plants do not die back to the ground in autumn, these spores can overwinter on plant tissues. They can also over winter in garden debris.

How to Treat Rust Fungus on Beans

As a preventative measure against rust fungus, many bean growers will add lime sulphur to the soil around bean plants in early spring. Some other ways to prevent rust spots on bean plants are:

If you suspect that your bean plants have fungal rust, remove and dispose of all infected tissues of the plant. Always use sharp, sanitized pruners when pruning plants. To reduce the spread of disease, it is recommended that you dip pruners in a mixture of bleach and water between each cut.

After infected tissues have been removed, treat the whole plant with a fungicide, such as copper fungicide or neem oil. Be sure to get all surfaces of the plant and also spray the soil around the plant crown. Regularly inspect the plant for any sign that the disease has returned.