Corn
By: Becca Badgett, Co-author of How to Grow an EMERGENCY Garden
Printer Friendly Version 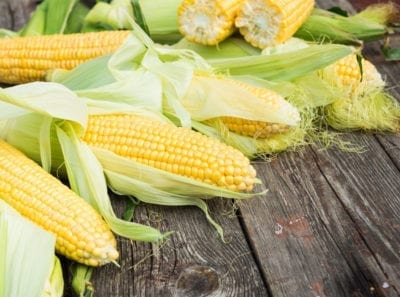 There’s nothing quite like a side dish of corn or an ear of freshly boiled corn on the cob. We appreciate the unique taste of this sugary vegetable. Corn is considered a vegetable when harvested for eating, but it may also be considered a grain or even a fruit. There are different sweet corn varieties placed into three categories, due to sugar content. Let’s take a look at those types of sweet corn and some sweet corn cultivars.

Corn is categorized by its sugar into “standard or normal sugary (SU), sugar enhanced (SE), and supersweet (Sh2),” according to sweet corn info. These types also vary by how quickly they should be consumed or put up and the vigor of the seed. Some sources say there are five categories of corn, others say six, but these include different varieties, like popcorn. Not all corn will pop, so you must have a special kind that turns itself inside out when high heat is applied.

Blue corn is similar to sweet yellow corn but filled with the same healthy antioxidant that gives blueberries their coloring. These are called anthocyanins. Blue corn is one of the oldest varieties known.

If you’re considering planting sweet corn in your field or garden, take these factors into consideration before choosing the variety you will grow.

Pick a type of corn that is a favorite of your family. Find a type that grows from an open-pollinated, heirloom seed as opposed to a genetically modified organism (GMO). Corn seed, unfortunately, was among the first edibles to be affected by GMO, and that has not changed.

Hybrid types, a cross between two varieties, are usually designed for a bigger ear, faster growth, and more attractive and healthy sweet corn plants. We’re not always informed of other changes made to hybrid seeds. Hybrid seeds do not reproduce the same as the plant from which they came. These seeds should not be replanted.

Open-pollinated corn seeds are sometimes difficult to find. It is easier to find non-GMO blue corn seeds than bicolor, yellow, or white. Blue corn may be a healthy alternative. It grows from open-pollinated seed. Blue corn still grows in many fields in Mexico and the southwest U.S. It has 30 percent more protein than most other types. However, if you want to grow a more traditional corn crop, look for seeds of: