Pickling Cucumber Varieties – How To Grow Cucumbers For Pickling 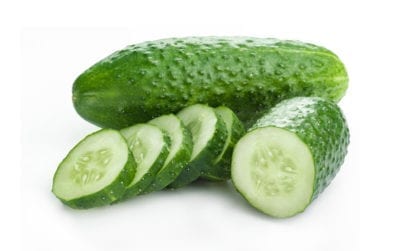 If you love pickles, you’ve noticed the varying pickling cucumber varieties. Some may be large and sliced lengthwise or in rounds and some are small and pickled whole. Pretty much any type of cucumber can be used for pickling, but true “pickling” cucumbers are different than heirlooms, slicers, or Japanese cukes. So what is a pickling cucumber and how do you grow picklers?

What is a Pickling Cucumber?

Cucumbers for pickling refer to cucumbers that are used for processing or making pickles. This doesn’t mean they can’t be eaten fresh, but their thinner skins, crunchy texture, and smaller seeds make them ideal for pickling. That and their small size which means there is little prep work involved.

Pickling cucumbers are short with graduating hues of dark green at the stem to light green at the blossom end.

Cucumbers have tenacious tendrils that grasp onto fences or trellises easily. While some cucumbers can take over the garden, there are newer varieties with shorter vine lengths for smaller gardens. Calypso, Royal, and H-19 Little Leaf are picklers that grow to just around 4 to 6 feet (1-2 m.) in length. If this seems too large, train the vine to grow back in on itself to conserve space. Also, consider growing pickling cucumbers vertically if space is at a premium.

Pickalot and National Pickling are revered pickling cukes. Other varieties of pickling cucumbers include:

There are also dwarf varieties, such as Bush Pickle Hybrid, that grow to only about 18 inches (46 cm.) in length, perfect for the container gardener.

How to Grow Picklers

Cucumbers, pickling or otherwise, are prodigious producers. Pickling cucumbers should be ready to harvest between 50 and 65 days from planting and can be picked over the course of a several weeks.

Growing pickling cucumber plants is just like growing other types of cucumber. They prefer a soil pH of 5.5, well-drained soil, and lots of nitrogen.

You may either plant in rows or in hills. Sow the seeds about 1 ½ inches (4 cm.) deep and cover the seeds lightly with soil. In rows, plant the seeds a few inches (8 cm.) apart, in hills sow four or five seeds per hill. Thin the hill grown plants to the best two seedlings when they have their first true set of leaves. Water the seeds in and keep the bed moist.

Since cucumbers are heavy feeders, give them a fertilizer that is high in nitrogen. Once the plants begin to bloom, switch over to a balanced fertilizer. Side dressing and regular fertilization will go a long way towards fostering a burgeoning crop.

Keep the plants watered. Stick your finger into the soil each day. If the soil is dry, give the plants a long, deep watering. Cucumbers are made up primarily of water, so consistent irrigation is important for crisp juicy fruit.